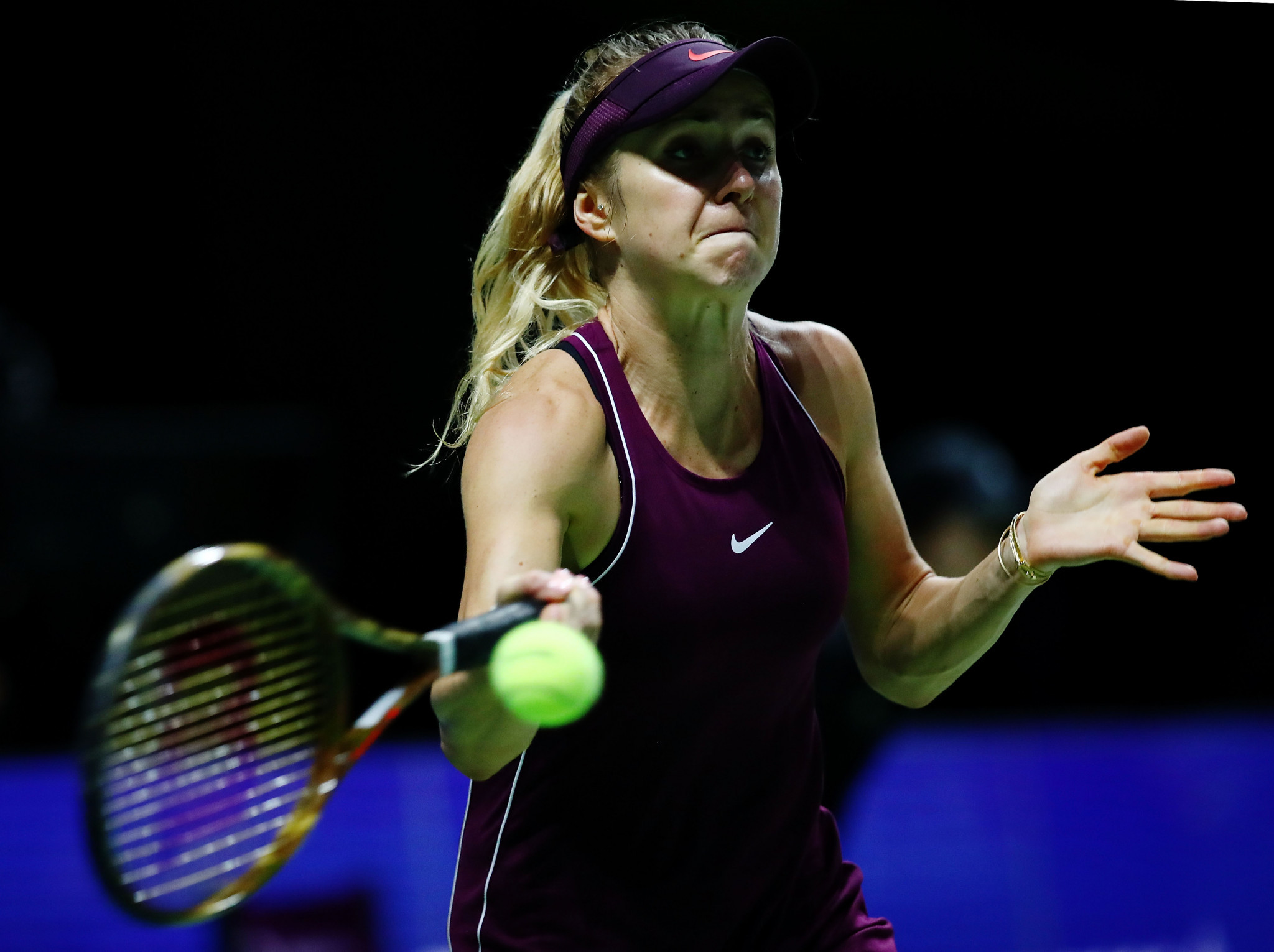 Defending champion Caroline Wozniacki crashed out of the Women's Tennis Association Finals after she was beaten in three sets by Ukraine's Elina Svitolina in Singapore.

Wozniacki knew she needed victory in straight sets to progress to the next round but lost 5-7, 7-5, 6-3 to the Ukrainian at the Kallang Tennis Centre.

Svitolina, the world number seven, recovered from a set and a break down to claim an impressive win over the Dane, which sees her progress from the white group.

"It's a big achievement for me," she said.

"I'm playing great tennis now and have to stay positive and fight.

"I knew I had to win one set, I think that was the toughest challenge mentally.

"Caroline doesn't give you any free points but I pushed myself mentally."

Svitolina added: "If someone had told me that I would win my group I would take it.

After her defeat, Wozniacki, the Australian Open champion, revealed a battle with rheumatoid arthritis.

Svitolina was joined in the last four of the season-ending tournament by Karolína Plíšková, who dispatched Czech counterpart Petra Kvitová in straight sets.

The final two matches in the red group will bring the opening phase of the competition to a close tomorrow.

US Open champion Naomi Osaka faces Kiki Bertens of The Netherlands, while Germany's Angelique Kerber goes up against Sloane Stephens of the United States.

All four players are still in with a chance of booking their place in the semi-finals.