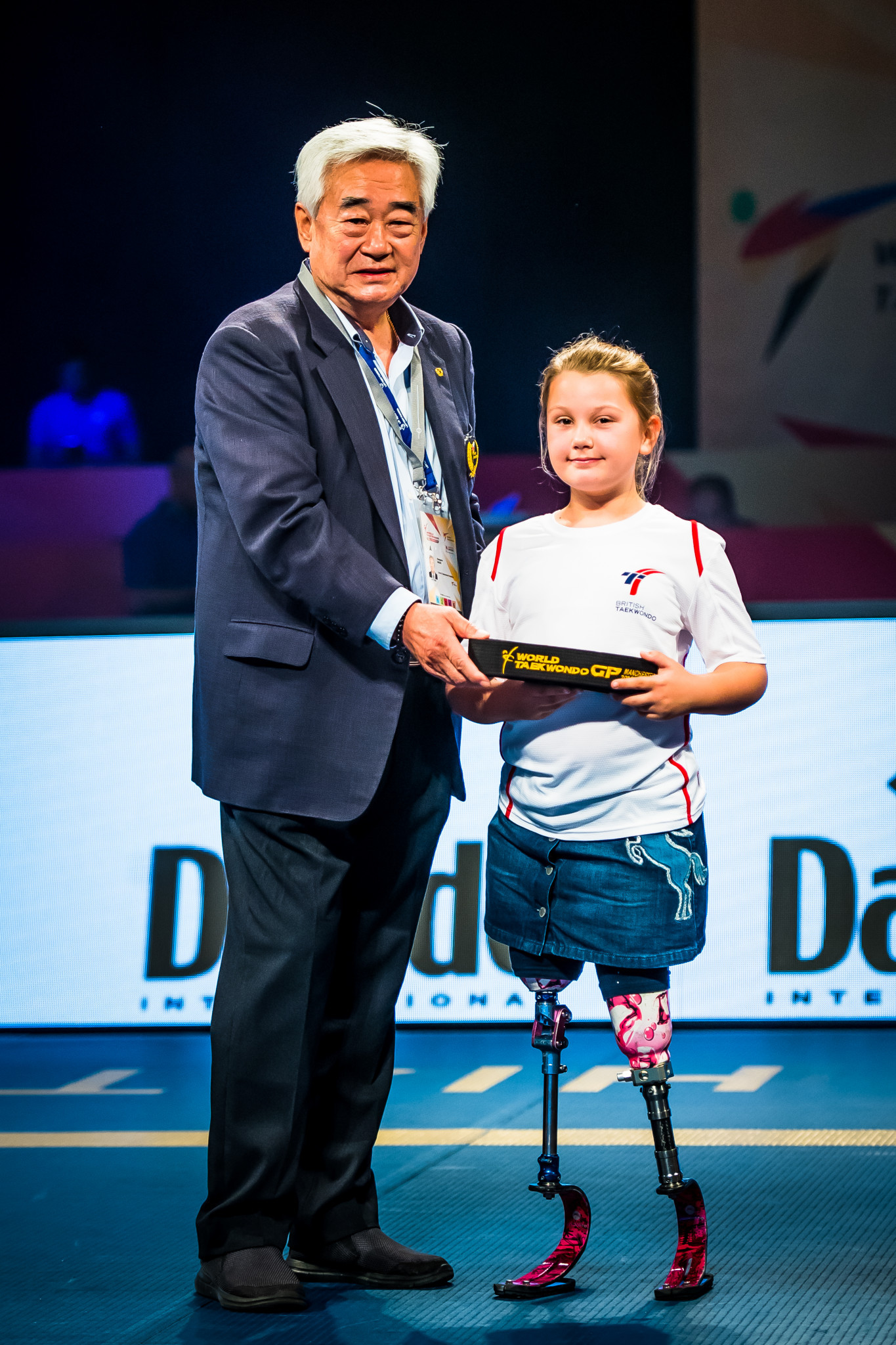 World Taekwondo President Chungwon Choue invited nine-year-old Maisie Catt and her family to the Manchester Regional Arena for the World Taekwondo Grand Prix here, and presented the inspiring Para-athlete with a taekwondo belt.

Catt was diagnosed with meningitis at ten months old and was required to have both her legs amputated.

After attending a taekwondo class with her younger brother, the young athlete took up the sport herself in January 2018.

"I started doing taekwondo because of my brother," she said.

"He seemed to really enjoy it and it looked like fun."

After learning about her story, Choue invited Catt and her family to Manchester as his guests.

As well as meeting some of Great Britain's best taekwondo athletes, like Bianca Walkden and Jade Jones, Catt was also asked to give a demonstration.

Performing some moves that recently earned her a green belt, Catt then thanked Choue and World Taekwondo for her day.

"I can't believe I’ve met the President too."

Choue then presented the young athlete with a taekwondo belt for her moving story.

"When I heard about your inspirational story, I was truly touched by your determination and passion for taekwondo," the South Korean said.

"It has been great to meet you and see some of your excellent skills.

"You are an inspiration for people around the world and a true credit to our sport."

After the presentation Catt received the admiration of the crowd and spoke about what it feels like to be a nine-year-old role model.

"I'm proud that my story makes others want to take up taekwondo," she said.

"It makes me feel happy.

"Now, I just want to keep practicing and getting better and better."