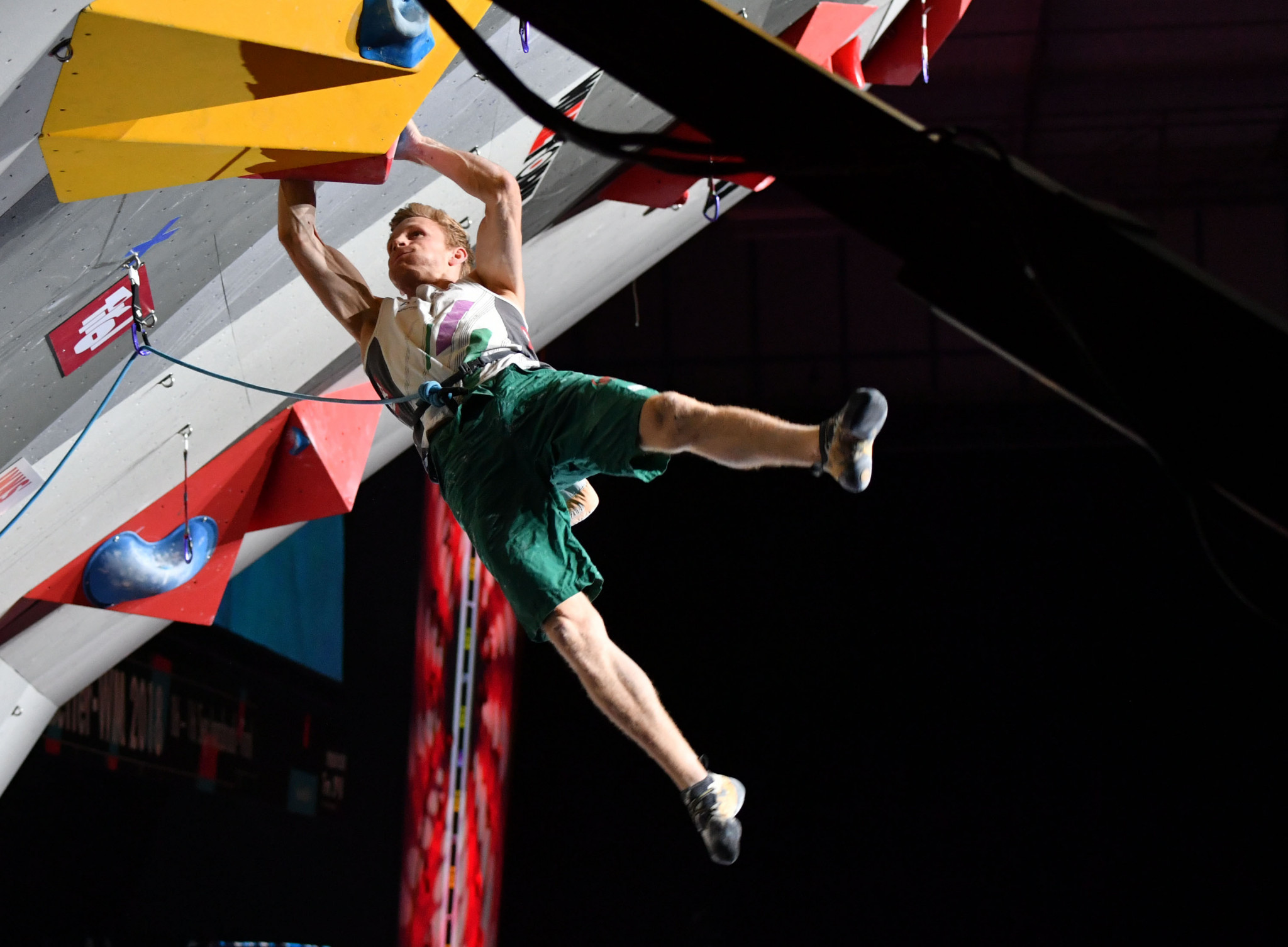 The International Federation of Sport Climbing World Cup season will resume in China tomorrow with two days of lead and speed action in Wujiang.

All four rankings leaders in the disciplines will be present with an outdoor climbing wall set-up in the city.

In the men's lead Jakob Schubert of Austria has 415 points on top of the World Cup rankings with the Wujiang competition the penultimate event of the season.

His nearest challenger, Stefano Ghisolfi of Italy, has 386 points and has also travelled to China.

There are 100 points available for a World Cup victory and with Domen Skofic of Slovenia third on 256, it looks like a two-horse race for overall honours.

Schubert won the overall and lead world titles in Innsbruck last month so will be confident of further success.

Another two-climber battle is developing in the women's lead with Slovenia's Janja Garnbret, the overall and bouldering world champion, top of the pile with 460 points.

Austria's Jessica Pilz is the lead world gold medallist, however, after pushing Garnbret into silver on home soil.

She has 395 World Cup points and will hope to catch the Slovenian in Wujiang.

In the men's speed, Danyil Boldyrev of Ukraine has 373 points and will be challenged by second-placed Russian Dmitrii Timofeev who has 353.

Bassa Mawen of France, in third on 311, and Iran's world champion Reza Alipour, fourth on 285, are both also in the field in China.

France's Anouck Jaubert has a strong lead in the women's speed with a tally of 436 points, a healthy advantage over Russia's Mariia Krasavina who is second on 341.

Another Russian in Iuliia Kaplina is third on 289 with all of the top three on the Wujiang start-list.

After the Wujiang event, the World Cup season will remain in China for the concluding competition between October 27 and 28 in Xiamen.

Qualification in both speed and lead will begin the event tomorrow.