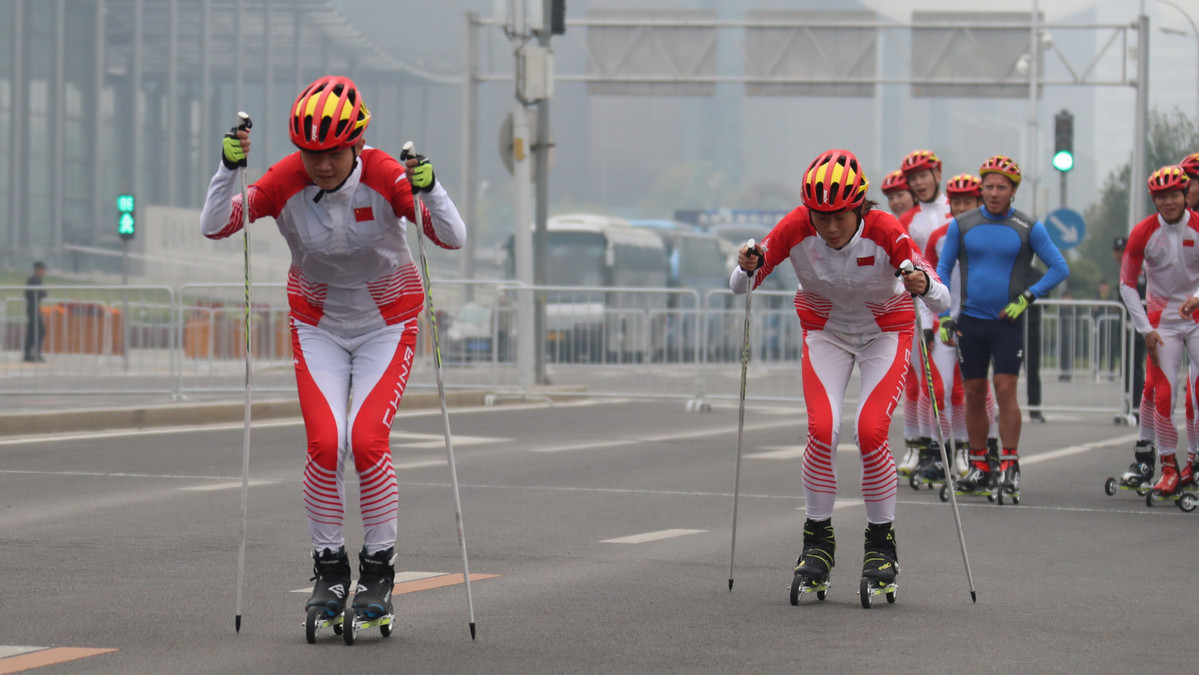 A special roller ski race has been held in Beijing watched by Norway's King Harald V and Queen Sonja as China's President Xi Jinping thanked the Royal couple for their country's help in preparing for the 2022 Winter Olympic and Paralympic Games.

The event was a celebration of the exchange agreement signed between the two countries last year to help China develop winter sports - particularly cross-country skiing - in the build-up to Beijing 2022.

"If you want to get close to a Norwegian's heart, you should talk about winter sports," King Harald said.

"It's in our country's nature to love sports."

The event involved Chinese national team athletes, Beijing students and some former Norwegian Olympians in mixed roller skiing team relays against the backdrop of the landmark Bird's Nest and Water Cube and watched by the King and Queen, who were escorted by Gou Zhongwen, Minister of the General Administration of Sport of China.

"Today was a very special occasion for us to learn from the Norwegian skiers in front of such important guests in such an iconic location," said Wang Qiang, a member of China's cross-country team and who finished 59th in the men's 50 kilometres classical at Pyeongchang 2018, said.

"The opportunity to have Norwegian coaches help us and to train overseas is really an advantage for us to improve quickly, given that we are lagging far behind in this sport compared to the world's best,"

Norway won seven Olympic golds in cross-country skiing in its record total of 39 medals at Pyeongchang 2018 as they finished top of the medals table.

Roller skiing, a dry-land training method for cross-country skiers in which athletes use wheeled skis on tarmac, was introduced to China last year as a tool to introduce beginners to the sport and help the nation's elite skiers maintain their form in summer.

"Cross-country ski is our national sport; we were born with skis on our feet," Andresen told China Daily.

"Already China has learned a lot, and the progress is better than I expected at the beginning.

"But the most important thing is to get kids involved and to keep the programme going beyond the 2022 Olympics.

"It is even more important than achieving good results at the Games."

As part of the China-Norway cooperation, China's national cross-country team is training in the Scandinavian country under the tutelage of a local coaching team.

"We believe the fun should be shared internationally," he told China Daily.

"The 1994 Winter Olympics [in Lillehammer] inspired many young Norwegians to become athletes.

"The Beijing Games in 2022 will do exactly the same - just on a much larger scale."