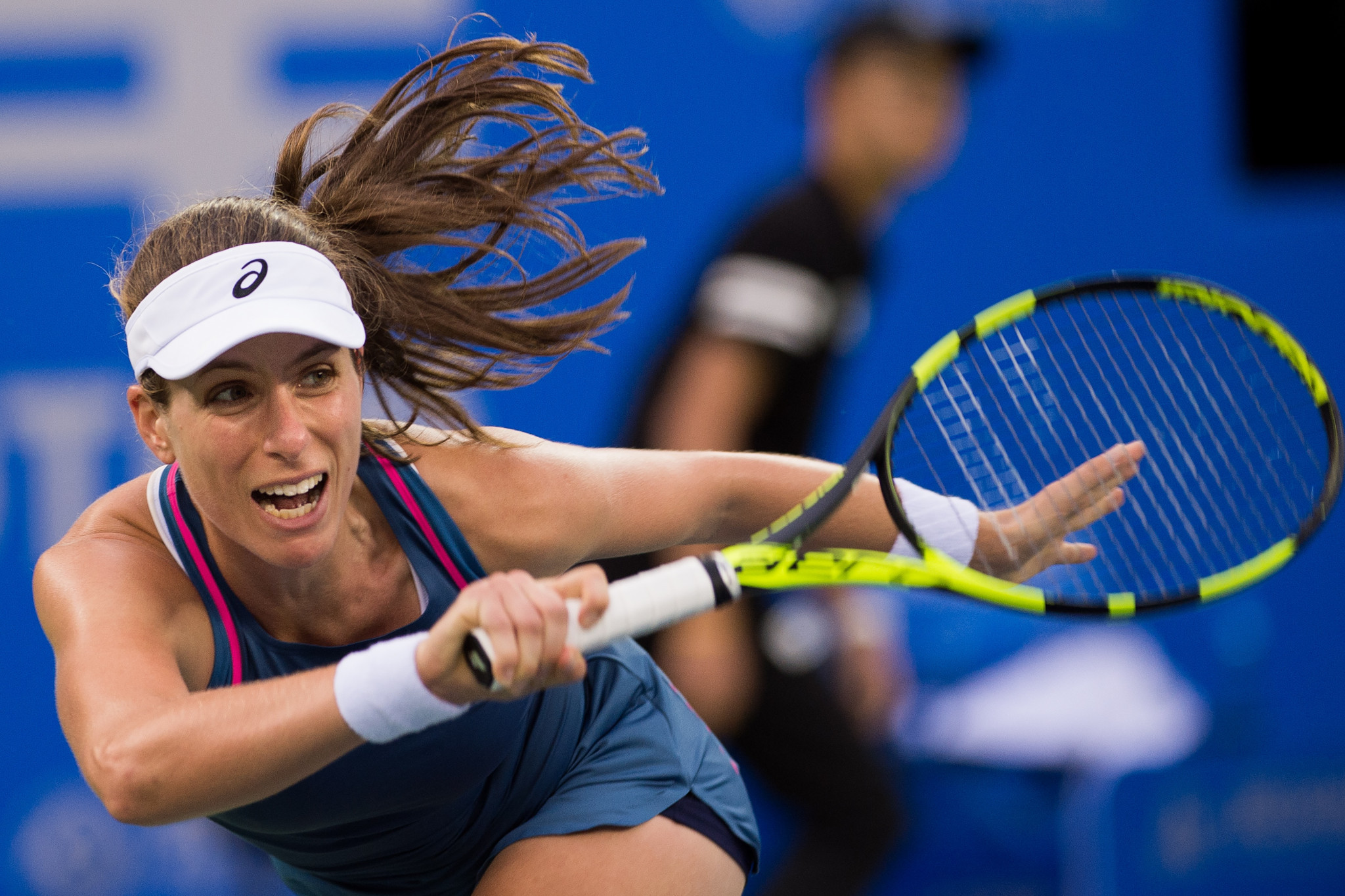 Great Britain's number one Johanna Konta knocked out seventh seed Elise Mertens today in the first round of the Women's Tennis Association Kremlin Cup in Moscow.

The match, at what is one of the final tournaments of the season, ended 6-3, 7-5 in the Briton's favour at the Olympic Sports Complex.

"I'm obviously really happy with my performance, and to get a win like that against a player like [Mertens] this year is obviously a great boost for me," Konta said afterwards.

"I'm really happy that I'm just able to set up another opportunity to play another match here."

Konta and Mertens have played each other twice before this year, racking up one win each, though today it was the 27-year-old former world number four who triumphed in one hour and 22 minutes.

Throughout the course of the match she made 28 winners, breaking Mertens' serve four times.

Elsewhere in the first round today, Kristina Mladenovic from France beat one of the nine Russians in the draw.

"It was a good match for me today," she said.

"It's always tricky when you play the local wildcard, especially as I played [Kalinskaya] two years ago, exactly here, in the same tournament where she got a wildcard.

"I was expecting a tough one, I really tried to be solid from the first to the last point, and I think it was a great performance overall for me."

For her troubles Mladenovic will now face the number eight seed Anett Kontaveit from Estonia in round two.

Konta, meanwhile, is rewarded for her win with a tie against either Australia's Daria Gavrilova - the world number 38, or another Russian Vitalia Diatchenko, who is ranked 115th in the world.

Ons Jabeur of Tunisia dispatched another Russian in Ekaterina Makarova, 6-1, 6-2.