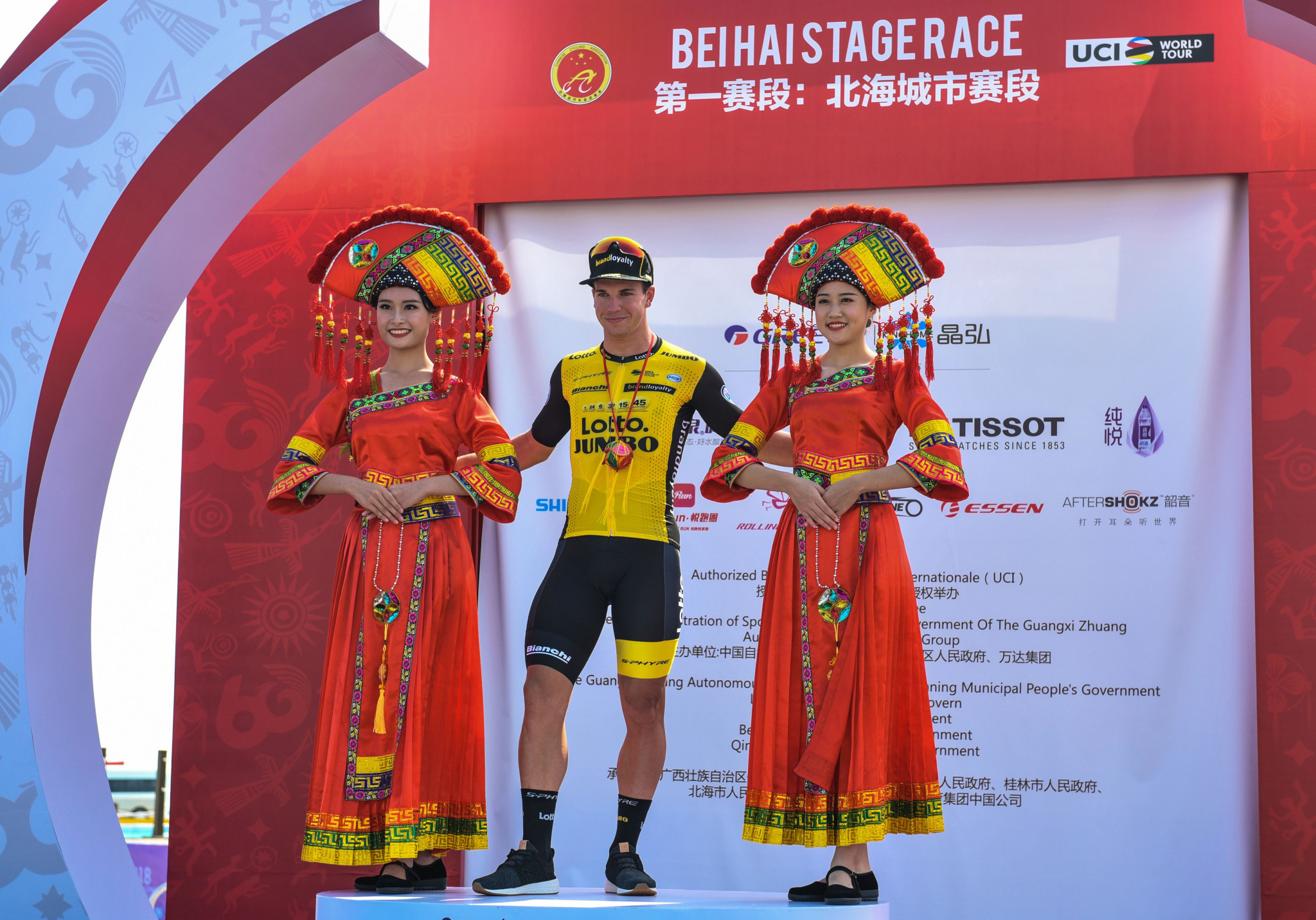 Dylan Groenewegen from The Netherlands has won the first stage of the 2018 Tour of Guangxi to take an early lead in the overall standings, in what is the final World Tour event of the season.

The 25-year-old, who rides for Team LottoNL, finished the 107 kilometre route in 2 hours, 21min and 45sec, ahead of Max Walscheid from Germany and another Dutchman Fabio Jakobsen.

Today’s course – largely flat around the coastal city of Beihai - heavily favoured the sprinters, as will stages two and three in China.

Stage four, however, is the only one providing a summit finish and the results in that are likely to decide the race's overall standings.

After today’s stage Groenewegen was quoted as calling the race "hectic".

"At the end, a rider escaped on a small climb, but the team closed the gap," he told Velonews.

"We did a good job in the final.

"Big thanks to the team."

Regardless of who wins overall in China, Great Britain's Simon Yates is already guaranteed the 2018 World Tour title.

Only Slovakia's triple road world race champion Peter Sagan could have caught him, but neither are taking part in this week’s race.