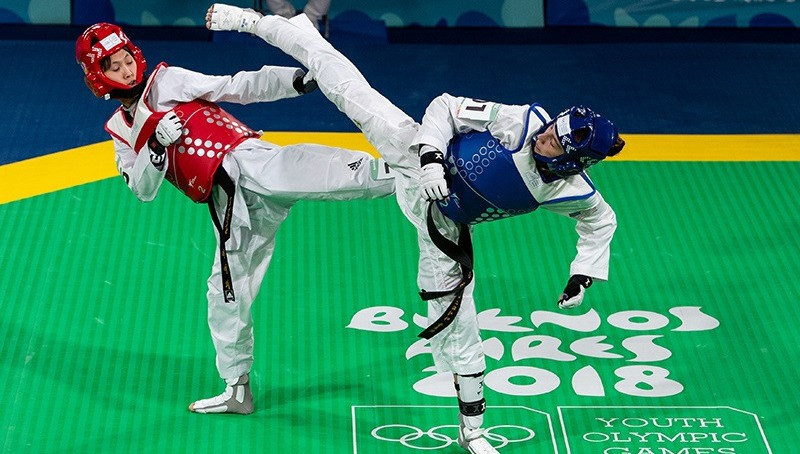 American Anastasija Zolotic, who won silver at the Buenos Aires 2018 Youth Olympic Games in the under-49 kilograms taekwondo competition, has revealed she did so despite suffering a fractured hand in her first round fight at the Oceania Pavilion.

The 16-year-old fought Sweden's Rim Bayaa in her opening bout and won despite the injury to her right hand.

The world junior champion received medical treatment from her team but was not going to let the opportunity to win an Olympic medal pass her by.

"When there is a match in front of you, you have to fight, there is no stopping," Zolotic said.

"You just have to keep fighting because it's not over until it's over."

Zolotic then faced South Korea's Yeji Lee in the semi-finals, winning 21-11 to advance to the gold medal match.

This has been a great experience and one of my favorite trips. I made so many memories and came away with a silver medal after a close fight in the finals, with a injured hand. Wouldn’t have it any other way🙏 thanks for everyone’s support ❤️ @USA_Taekwondo @TeamUSA pic.twitter.com/rB7wGPfLk6

As well as the medical support, Zolotic said that self belief and her fans helped her to the final.

"I think confidence is one of the biggest things," Zolotic said.

"If you're not confident when you go in there to fight, you're just going to get destroyed.

"If you're not confident, you're holding back kicks you could throw and could score with.

"If you're good physically and tactically, of course it is good for you, but you also have the mental strength.

"I don't like dead silence because it makes me over-think stuff so it was great having my family here cheering me on, and my roommates from the Athlete Village here.

"I kind of use the crowd to boost up my positive thoughts and zone out the negative ones."

The American teenager faced Russia's Elizaveta Ryadninskaya in the final.

Seventeen-year-old Ryadninskaya edged the close fight by one point to take the gold medal and become the Youth Olympic champion.

With the match finishing 17-16, Zolotic took positives from her performance.

"I'm just going to keep going from here and push forward and give it my all," she said.