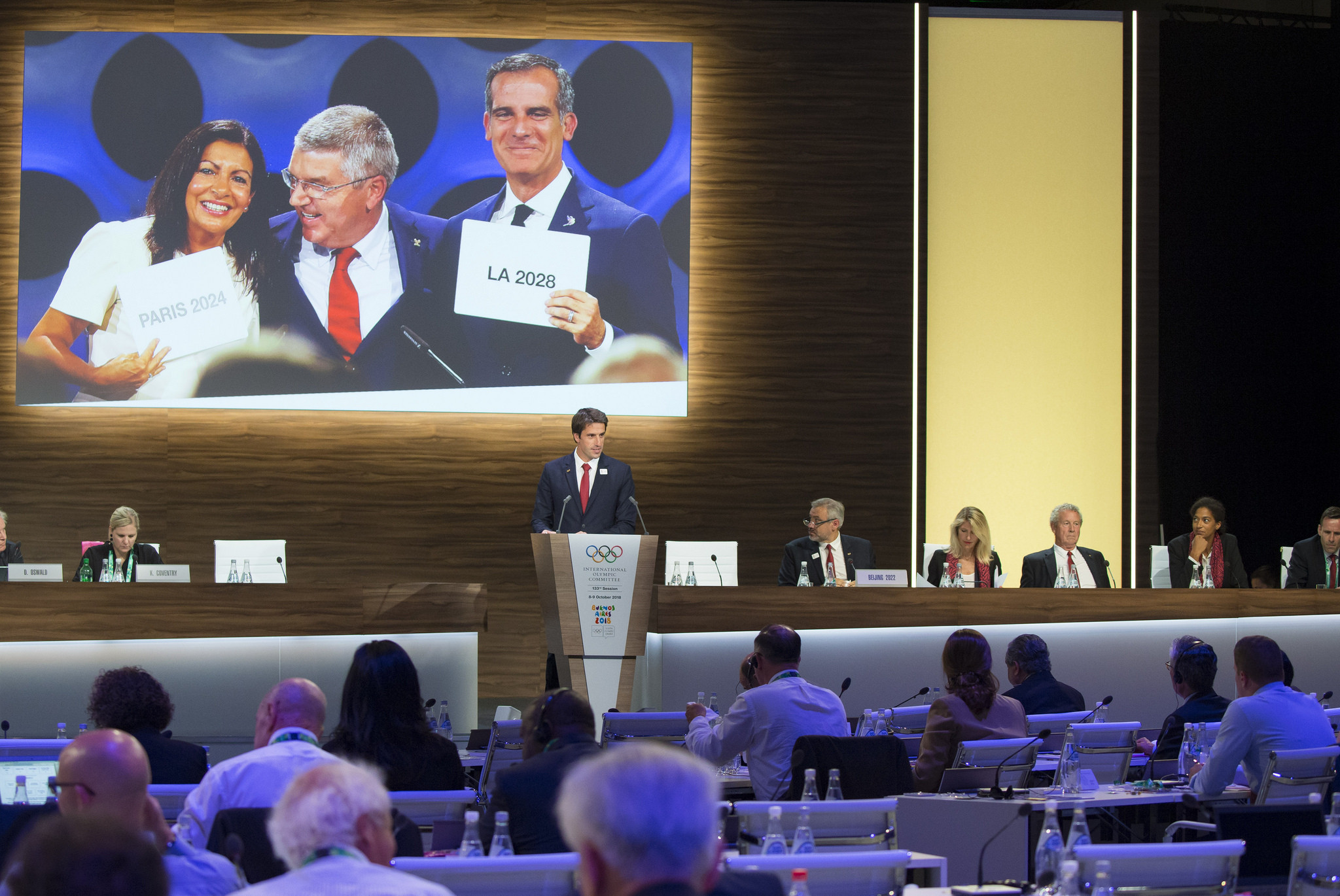 Paris 2024 President Tony Estanguet has expressed confidence that their venue plan for the Olympic and Paralympic Games will remain the same but refused to rule out further changes if they can be justified from a cost and legacy standpoint.

Alterations to Paris 2024's venue master plan, including the use of a new facility for judo and wrestling, were approved by the International Olympic Committee (IOC) Executive Board here last week.

It came as part of an attempt from organisers to reduce costs after concerns of a spiralling budget for the Games in the French capital surfaced earlier this year.

Estanguet, who delivered a report on Paris 2024's progress at the IOC Session here, had previously claimed they will not suffer from the same budget issues as previous Organising Committees.

The three-time Olympic canoe slalom champion said the changes to their venue plans, which were also presented to the Session, would ensure they keep costs down.

The IOC have been constantly urging Games hosts to maintain a lid on their spending as the cost of staging the event has led to numerous cities dropping their bids for the summer and winter editions.

"We can remain open to any new opportunities but the good thing is we will go only for the better," said Estanguet.

"If there are new opportunities which might come then we will look at them but I am very confident that we will keep this concept."

Judo and wrestling competitions at the 2024 Olympic Games in the French capital were due to be held in Bercy but they are both now due to take place at a temporary facility at the Grand Palais on the Champs-Élysées.

Paris 2024 claim to have taken advantage of the renovation of the Grand Palais building, planned independently of the Games, by adding a temporary venue for the two sports there.

The Stade Pierre-de-Coubertin had previously been planned to stage preliminary women's basketball matches.

The IOC also approved all aquatics events - except for the 10 kilometres marathon swimming competitions - being held at one Aquatics Centre.

"The aim of the revised concept to definitely guarantee that the costs won't increase," added Estanguet.

"We saved money by having less infrastructure.

"We are changing the concept in the way of making sure the budget will remain the same and increase the legacy where possible."