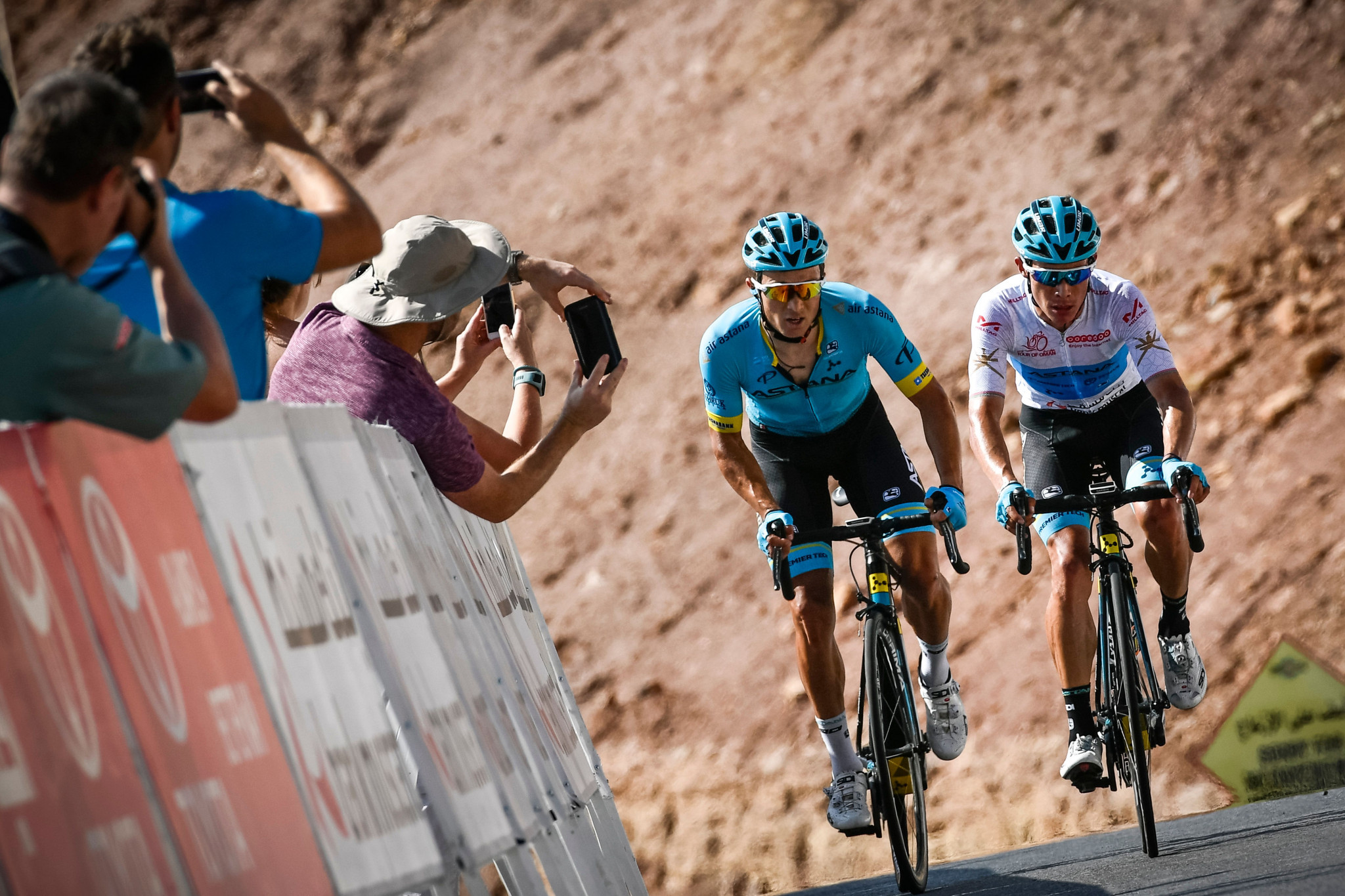 Kazakhstan's Alexey Lutsenko won stage four of the International Cycling Union (UCI) Tour of Turkey today in Selcuk to take the overall lead in the World Tour event and gain the turquoise jersey.

The 26-year-old was part of a big group leading at the end of the race, but perfectly timed his sprint for the line to claim victory over the 2017 winner Diego Ulissi from Italy and Eduard Prades Reverter from Spain.

The result sees the rider knock Irishman Sam Bennett off the top of the general standings, with defending champion Ulissi now second, four seconds behind.

It was Ulissi who started the push for the line with 150 metres to go, but under pressure from Lutsenko it turned out he started his sprint too early, with the Kazakh catching, and then surpassing him, with 50m to go.

"Today was a really long and hard day but this victory is important for me and my team, it's the last race of the season and my form is now coming back, but I'm very happy," Lutsenko said.

Bennett, the race leader at the start of the day, finished today's stage way back in 129th.

Elsewhere tomorrow, the 112th edition of the UCI II Lombardia will take place in Italy.

The final Classic Monument of the season will feature last year's winner Vincenzo Nibali on the start line, but he will be challenged for the title this year by riders including Romain Bardet - winner of three stages of the Tour de France, and Michael Woods, the bronze medallist at the 2018 Road Cycling World Championships in Austria.

The gruelling 241km course starts in Bergarno and ends in Lungo Laria.

As a special tribute, a new award will be presented this year in memory of the journalist Pier Luigi Todisco, who was killed in 2011 while cycling to work at the Gazzetta dello Sport.

The award will be given to the first rider to clear the Ghisallo climb.