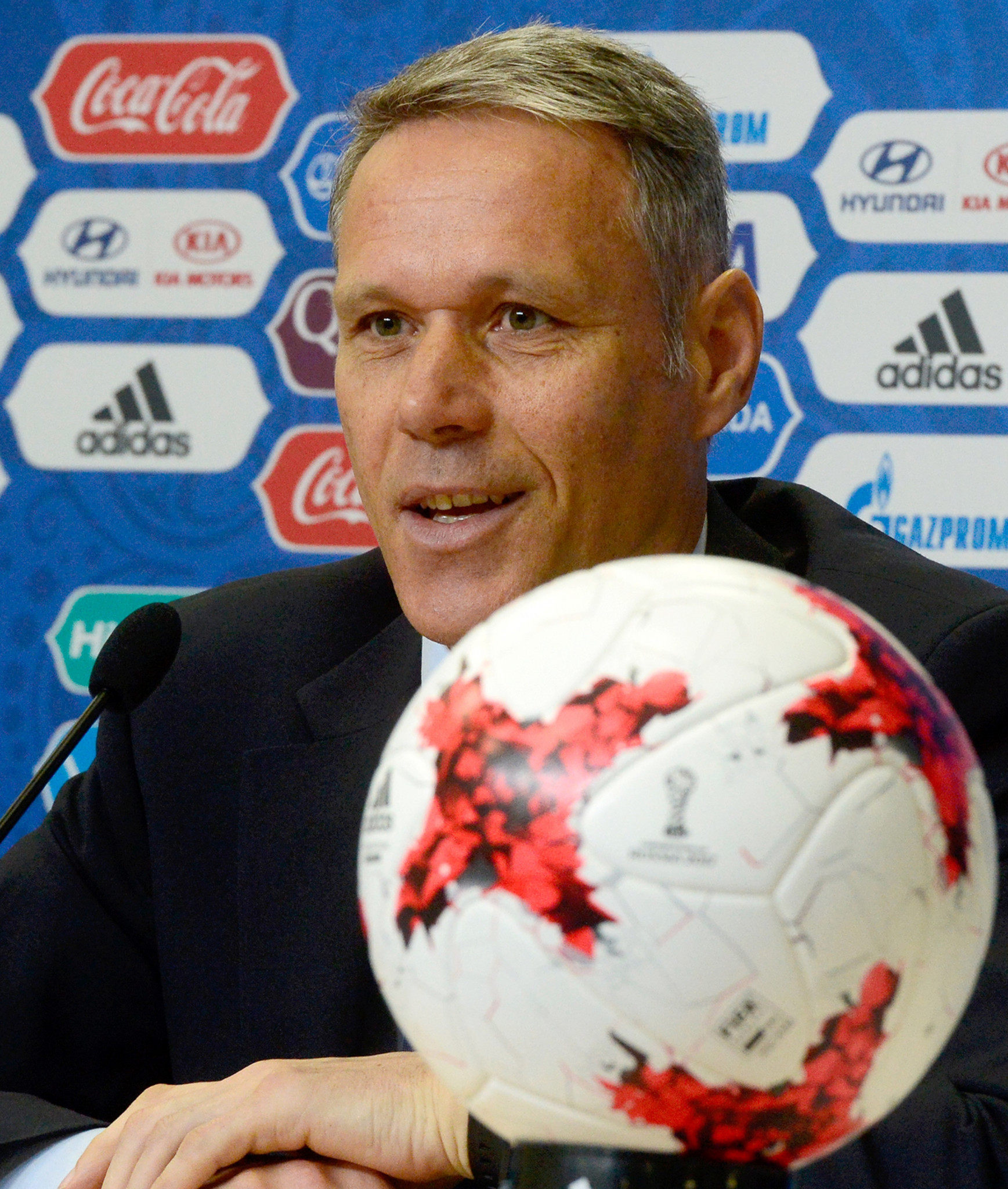 Dutch football legend Marco van Basten is to leave his role as FIFA's chief technical development officer at the end of the month.

The 53-year-old joined the world governing body in 2016 and was tasked with heading up all technical areas of the sport, ranging from football technology innovation to refereeing.

Since then he has played a "leading role" in improving innovation in the sport, FIFA said.

His tenure has included overseeing the video assistant referee (VAR) system which FIFA used at the World Cup in Russia this year.

However, he was also criticised for other dramatic proposals to change the sport's laws, including removing the offside rule, the scrapping of extra time and sin-binning.

He also put the forward the idea that matches could be changed from two halves to four quarters, as well as ice hockey-style penalty shoot-outs.

Van Basten is departing the organisation on "mutual terms" so he can spend more time in The Netherlands with his family.

"After two good and interesting years I decided to put an end to my duty at FIFA," the former striker said.

"Mainly to be able to spend more time with my family in Amsterdam.

"I learned a lot being in a position to influence this game from the other side.

"The World Cup in Russia with the introduction of the VAR was a nice milestone."

Van Basten played for AC Milan and Ajax between 1981 and 1995 and made more than 50 appearances for The Netherlands, winning the 1988 European Championship.

During his time in Amsterdam he scored 128 goals in 133 games for Ajax, the 33-time Eredivisie champions.

Zvonimir Boban, the deputy secretary general of FIFA, said: "Since joining the organisation in 2016, Marco has been instrumental in the growth and development of FIFA's Technical Development Division.

"In particular, Marco has played an important role to reconnect the institution with its technical community.

"He has also been very supportive regarding the successful introduction of new technology in football.