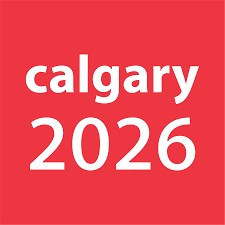 The Calgary 2026 Bid Committee has released a defiant statement defending their work after opposition group NoCalgaryOlympics suggested the city should vote against hosting the Winter Olympic and Paralympic Games next month because of a lack of clarity over costs.

A plebiscite is due to be held on November 13 in which the Canadian city's residents will be asked whether they support or oppose hosting the Games.

A defeat for the bid would almost certainly see it collapse.

Earlier this week, NoCalgaryOlympics - who describe themselves as a "grassroots" group - published a statement in which they said details of the full "cost over-run coverage and cost sharing with other levels of Government" have not been made available far enough in advance of the vote.

"Our position is that with risks and costs not fully known, citizens need to say no," said the group's founder Daniel Gauld.

"NoCalgaryOlympics questions whether Calgary will have full, quality, relevant information so that people will understand what they are voting on," their statement read.

However, the Calgary 2026 Bid Committee have now responded, telling insidethegames they have been "fully transparent with all costs".

"Since Calgary 2026 rolled out its Draft Hosting Plan on September 11, we have been meeting with Calgarians and many other stakeholders daily, presenting the full cost of holding the 2026 Games, and answering any and all questions," a spokesperson said.

"So, it is not accurate for the 'no' side to say Calgarians are not being sufficiently informed."

However, a City Council document was then leaked which suggested the figure could in fact be higher, because of potential costs associated with building an Athletes' Village in Victoria Park.

The Bid Committee claim that they are constantly engaging with the local community to "inform them of the costs".

"We have shared information with over 2,000 people face-to-face in the community, have engaged with thousands more through social media, and over 10,000 through our website," they said.

"So, we are using multiple channels to reach out to people and inform them of the costs of the 2026 Games and much more.

"Calgary 2026 has been fully transparent with all costs and we will continue to be."

Calgary City Council, meanwhile, have organised a total of 17 public engagement events in the build up to the November vote.

On Tuesday (October 9) Calgary's bid was officially approved by the International Olympic Committee (IOC) alongside two others, one from Stockholm in Sweden and a joint proposal from Milan and Cortina d'Ampezzo in Italy.

Both the Swedish capital Stockholm and the joint Italian bid are also facing serious issues which could see them derailed, however.

Stockholm's bid lacks political support from both the Swedish Government and their City Council, while the Italian Government have already said they will not provide financial support for the Milan-Cortina d'Ampezzo bid.

If they survive long enough, each of the Bid Committees will have to submit formal candidature files to the IOC by January 11, 2019.