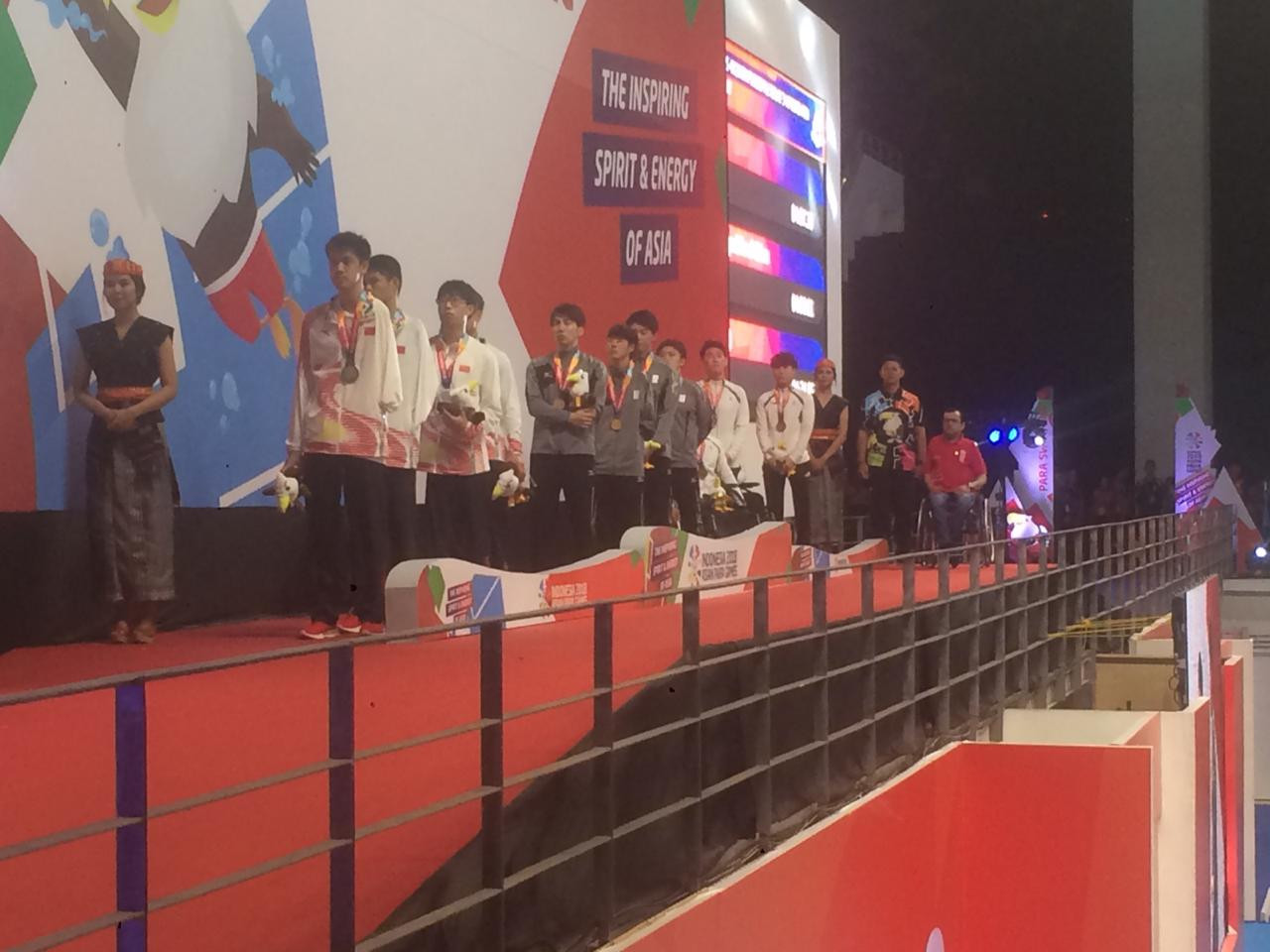 Further sporting history has been made at the Asian Para Games today as a Unified Korean team won swimming bronze in the men's 4x100 metres 34P freestyle relay in Jakarta.

It marks the first time the two Koreas have picked up a medal together in a multi-sport Para event, although the countries did win four together at the 2018 Asian Games in August.

The team today won their medal by finishing in a time of 4min 24.95sec, placing them behind only China and Japan, who took gold and silver respectively.

After the medal ceremony at the Gelora Bung Karno Aquatics Centre, the Asian Paralympic Committee President Majid Rashed said their medal carried a strong message for the world.

"This moment sends a humanitarian message that sport can unite the two Koreas," he said.

"Their participation is not just a campaign.

"More than that, they managed to win a bronze medal."

Apart from swimming, table tennis is the only other event at the Asian Para Games in which the Koreas are competing together.

The nations are still technically at war but marched together at the Opening Ceremony in Indonesia's capital.

Elsewhere in the pool it was a good day for Uzbekistan, with the country winning all three medals in the men's 100m S13 butterfly.

In the judo arena South Korea continued to dominate, winning the final gold on offer in the men's team competition despite only taking four judokas.

The Koreans won the final 3-2 against Iran, claiming all of the 66 kilogram, 73kg and 81kg bouts.

They lost the 90kg fight by default for not fielding a judoka and then lost the over-90kg event as well, but their three earlier victories were enough to seal the top prize.

The bronze medals were won by Kazakhstan and Uzbekistan.

At the powerlifting arena it was an incredible day for Jixiong Ye from China, who broke three records simultaneously with one lift.

The Para-athlete - competing in the men's 88 kilograms event - managed a lift of 234kg to break the world, Asian and Asian Para Games records all at once.

The world and Asian records were already his, meaning today's lift simply improved his own marks.

He had previously managed 233.5kg in Japan last month.

It was also a very good day for China in the shooting, with the country picking up four medals today to move them top of the shooting medal table.

They now have three golds, five silvers and five bronzes from the shooting events alone.

The country continues to dominate the medal table and now has 105 golds overall.

Competition at the Games will continue tomorrow.