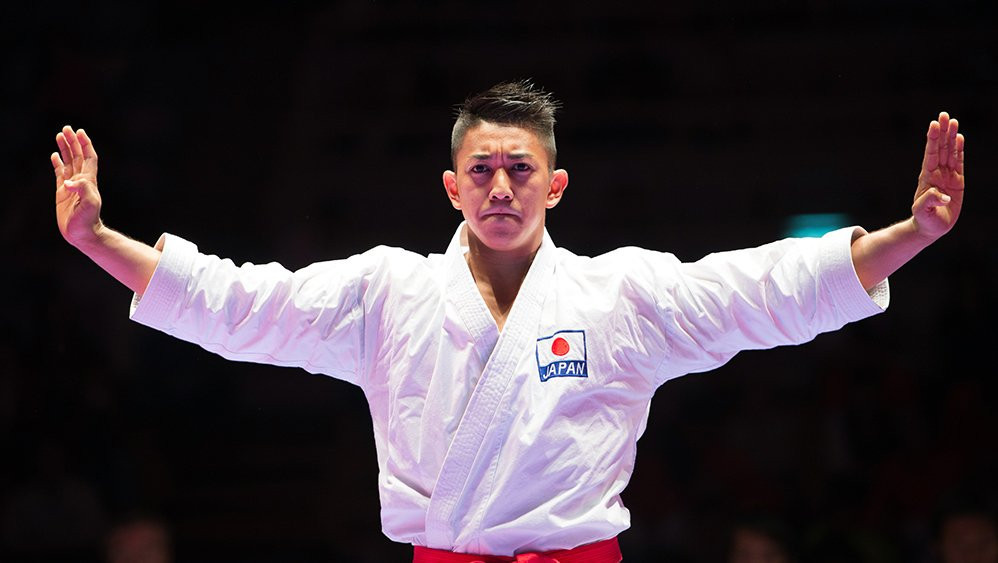 The 2018 Karate 1-Premier League season will end in Tokyo this weekend, with the world's best karatekas looking to seal the coveted triple crown of three titles for the year.

So far only Japan's Ayumi Uekusa and Ryo Kiyuna have managed the feat, with 11 others set to try at the Budokan in the Japanese capital.

The event will provide a taster for when the sport makes its Olympic debut at the same venue at Tokyo 2020.

Uekusa, who has already won this year in Dubai, Rotterdam and Berlin, will look to show her top form once again in the women's kumite over-68 kilogram class.

Kiyuna, meanwhile, who has already won this year in Paris, Istanbul and Berlin, is also looking to claim his fourth Premier League title of the year in kata.

While they look for their fourth titles, the most exciting action could perhaps come in the women's kata, where arguably two of the best athletes of all time will clash.

Both Sandra Sanchez from Spain and Kiyou Shimizu - another Japanese karateka - are looking to seal their own triple crowns.

They will face stiff competition from Italy's Viviana Bottaro and Mo Sheung Grace Lau from Hong Kong, however, who have both won gold medals this year.

Another category in which an athlete is looking to win their third title of the year is the women's kumite under 61kg.

China's Xiayan Yin, who heads the World Karate Federation rankings in the class, is undoubtedly the favourite.

She has already won this year in Paris and Dubai.

In the women's under-50kg, Tokyo local Miho Miyahara has become one of the biggest rising stars of the season.

The 22-year-old has already won in Paris and Rabat.

She will clash against the current grand winner in the category, Serap Ozcelik from Turkey.

In the men's under-75kg event it is Ken Nishimura who is going for the triple crown.

Another win for him is by no means guaranteed though, as the Japanese will have to face Rafael Aghayev from Azerbajian among others.

The five-time world champion has already secured the 2018 grand winner award and knows exactly what it takes to win.

In the women's under-68kg, top French karateka Alizee Agier is on a quest to win her third title.

Having won already in Paris and Dubai, the former world champion is also a candidate for the grand winner award.