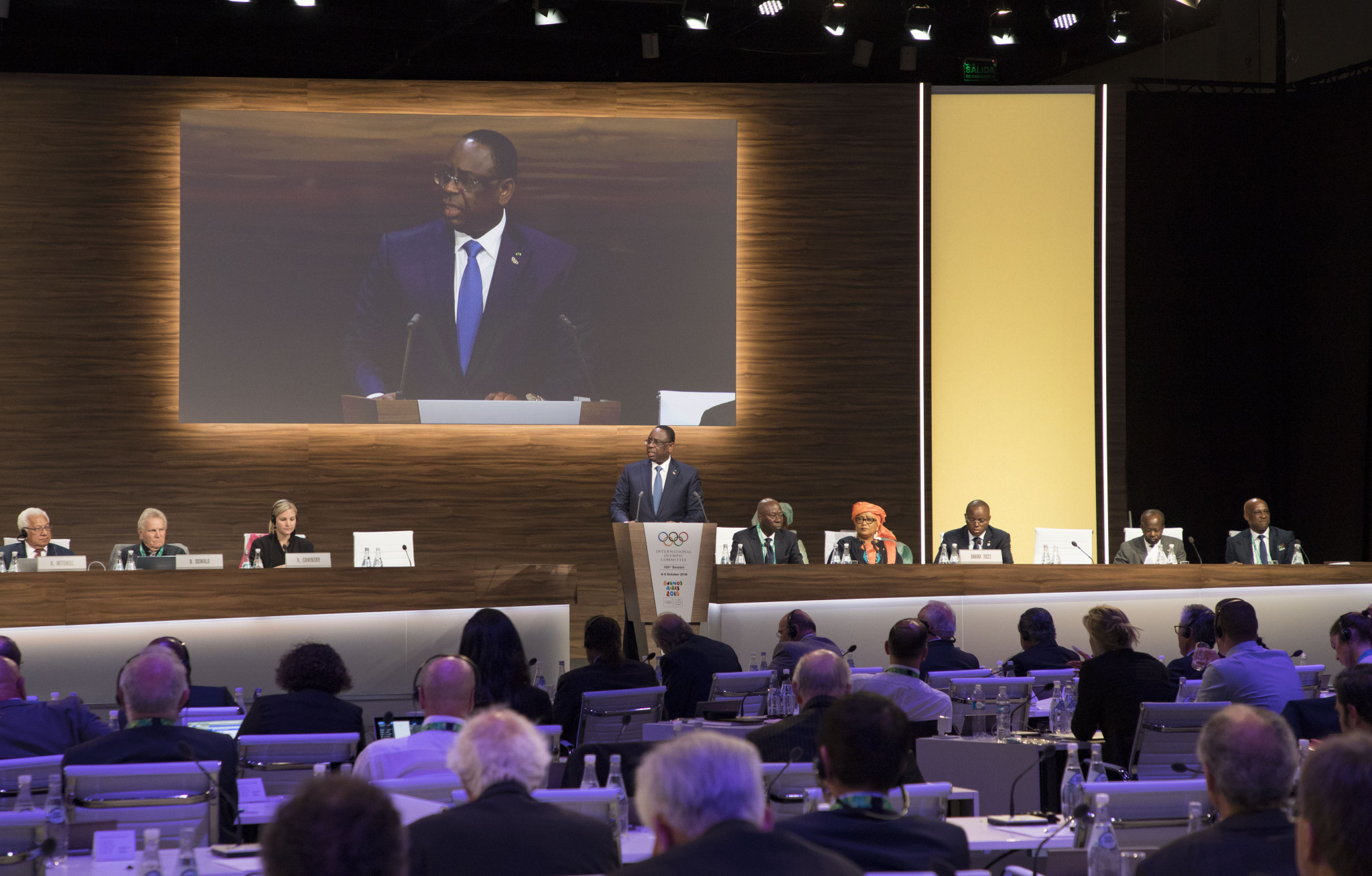 The French prosecutor has claimed there were indications that payments were made by Papa Diack, the son of former IAAF President Lamine Diack, in return for the votes of IAAF and International Olympic Committee (IOC) members over the designation of host cities for the Olympics and other major sporting events.

Sall led Senegal's delegation to the IOC Session here where yesterday they were awarded the 2022 Summer Youth Olympic Games - set to be the biggest multi-sport event to be hosted in Africa.

"After congratulating the President of Senegal, Macky Sall, on the formal approval of Dakar as the host city of the 2022 Summer Youth Olympic Games, I took the opportunity to request his assistance in working with the French Prosecution to bring to a close an unhappy chapter in our sport," Coe, the IAAF President, told insidethegames.

"To date Senegal is the only country that has refused to engage with the investigation and we would like to see this change as the country prepares to stage an Olympic event.

"The President agreed to discuss this and the President of the Senegal Olympic Committee [Mamadou Diagna Ndiaye] has said he will visit Monaco later this year."

Lamine Diack, arrested by the French authorities in September 2015, is facing additional charges in France for allegedly favouring his son in negotiations for sponsorship and television right deals.

The 85-year-old, President of the IAAF from 1999 to 2015 and a former member of the IOC, was charged with corruption and money laundering three years ago and is now under investigation for "breach of trust".

Lamine Diack, charged in 2015 with accepting millions of dollars in bribes to cover up failed Russian doping tests, is accused of exploiting his position to enable his son "to appropriate IAAF receipts from sponsors".

Papa Diack has been banned from the sport for life by the IAAF but continues to protest his innocence.

Papa Diack blamed the accusations on a smear campaign to tarnish his father's reputation.

Papa Diack is also accused of trying to influence the final vote for the 2020 Olympic and Paralympic Games, allegedly ensuring that African voters backed Tokyo rather than Madrid.

It has been alleged that a $1.5 million (£1 million/€1.2 million) payment was made from the Tokyo 2020 bid team to a Singapore-based Black Tidings bank account linked to Papa Diack and was made during Japan's successful campaign.