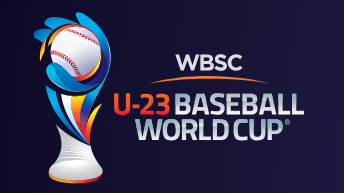 The World Baseball Softball Confederation (WBSC) has unveiled the official promotional video for this month's Under-23 Baseball World Cup in Colombia.

WBSC broadcast partners will include the film in their opening title sequences while host cities Barranquilla and Monteria will showcase it in Spanish.

It will also be shown before the start of every match at the men's tournament, which will run between October 19 and 28.

This, it is claimed, will help create an "electric" in-stadium atmosphere for players and fans.

Works, an events branding company based in Leeds in England, helped collaborate the video alongside the WBSC.

Twelve countries will compete at the tournament, which will feature 50 games.

Twelve countries will compete at the Championships, which will feature 50 games from October 19 to 28.

The top three teams from each group will advance to the super round.

With baseball world rankings covering all age groups, the event is the last opportunity to qualify a senior team for next year's Premier12, which in turn offers places at the Tokyo 2020 Olympics.

Last time out, Japan won the gold, with Australia taking the silver and South Korea claiming the bronze.