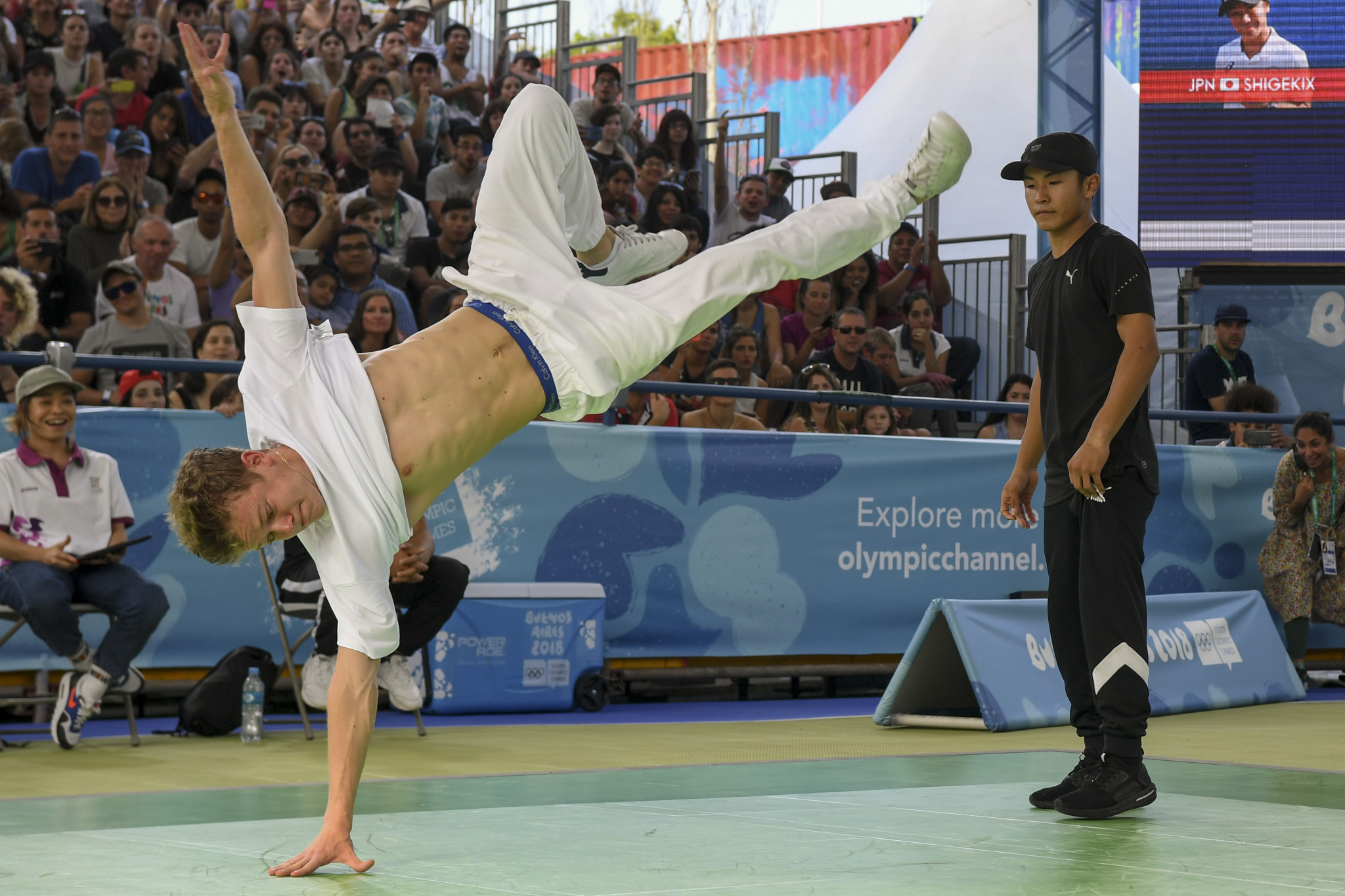 Breaking and roller speed skating medals were won for the first time at the Summer Youth Olympic Games as the second day of competition saw the new events come to the fore here.

The breaking competitions have been among the most publicised in the build-up to the Games in Argentina’s capital, with competitors having participated in the first online qualification process in an Olympic event.

The dance event took place at the playground venue in the Urban Park here, while athletes had their own dance names.

Russia’s Bumblebee emerged as the winner of the "B-Boys" gold medal battle as he beat Martin from France 4-0, while Shigekix from Japan took the bronze.

In the "B-Girls" final, Japan’s Ram beat Canada’s Emma 4-0 to secure top spot on the podium.

Yell from South Korea rounded off the medal positions.

Gabriela Rueda triumphed in the women's combined event competition, with France's Hororine Barrault forced to settle for the silver medal.

The bronze medal was claimed by Giorgia Valanzano of Italy.

Jhony Andres Reina topped the podium in the men’s event ahead of Italian Vincenzo Maiorca and Merijn Scheperkamp of The Netherlands.

The second day of competition had begun with Denmark’s Stephanie Laura Grundsoee winning the women’s 10 metre air rifle event with a score of 248.7 points

India’s Mehuli Ghosh and Marija Malic of Serbia scored 248.0 and 226.2 points to round off the podium.

New Zealand’s Dylan McCullough led the men’s triathlon event from gun to tape as he crossed the line in a winning time of 53min 27sec, with nearest challenger Alexandre Montez of Portugal finishing 12 seconds behind.

Alessio Crociani of Italy managed a time of 53:45 to earn the bronze medal.

Success for Russia and Hungary continued in Argentina’s capital as their judokas Irena Kubulova and Szofi Ozbas respectively won the women’s under 52 kilogram and under 63kg events.

Romania’s Adrian Sulca was victorious in the men’s under 81kg division.

The Hungarian team now boast five gold medals in total, with Blanka Berecz having bolstered their tally by winning the women’s 200m butterfly event in the pool.

Her compatriot Kristof Milak earned his second title in two days, as he added the men’s 200m freestyle crown to his 400m gold.