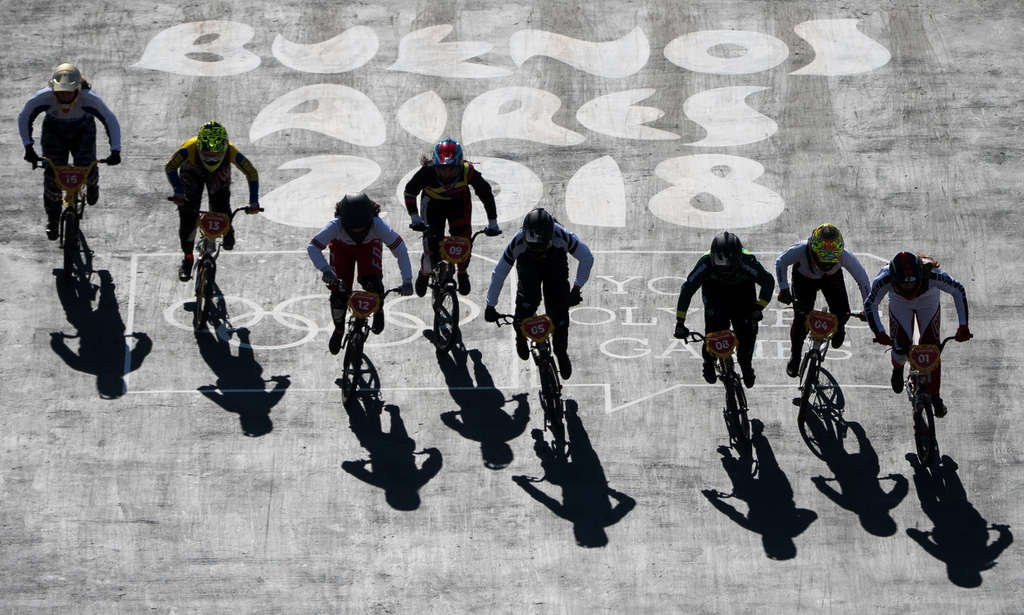 The Russian delegation celebrated the first gold medal of the Games in the Argentinian capital city as Grigorii Shamakov triumphed in the men’s 10 metres air rifle event.

He achieved a score of 249.2 points at Parque Sarmiento in the Urban Park.

Shamakov held off the challenge of India’s Shahu Tushar Mane and Serbia’s Aleksa Mitrovic, who completed the podium with scores of 247.5 and 227.9.

Further Russian success followed as the mixed BMX event at the Games, with Varvara Ovchinnikova and Ilia Beskrovnyy both finishing second in the women’s and men’s finals respectively to score the highest points total to win gold.

Switzerland and Colombia secured the silver and bronze medals.

Their fifth and final title of the day came in the swimming pool, as their mixed 4x100 metres freestyle relay team clinched victory in a time of 3min 28.50sec.

There was gold for Anastasia Gorbenko in the women’s 200m individual medley, as the Israeli swimmer managed a time of 2:12.88.

The Hungarian, who already has senior world and European Championship medals to his name, edged Marco de Tullio with the Italian finishing second in 3:48.55.

Japan’s Yuka Ueno overcame Italy’s Martina Favaretto in the women’s foil final to earn her country’s first gold of the Games, with the podium rounded off by the United States’ May Tieu.

A dominant performance from Son Dinh Ngo saw the Vietnamese weightlifter finish 24kg clear of his nearest challenger in the men’s 56kg weightlifting event, having lifted an overall total of 262kg.

Kathrin Zarate of Venezuela prevented a second gold for Vietnam by 15kg clear of Thi Thu Trang Nguyen in the women’s 44kg competition, following her total lift of 162kg.

It was Venezuela’s triumph in quick succession, following Maria Gimenez winning the women’s under 44kg judo final at the expense of Tababi Thangjam of India.

There were also triumphs for Belarus’ Artsiom Kolasau and Azerbaijan’s Vugar Talibov in the men’s under 55kg and 66kg judo competitions.