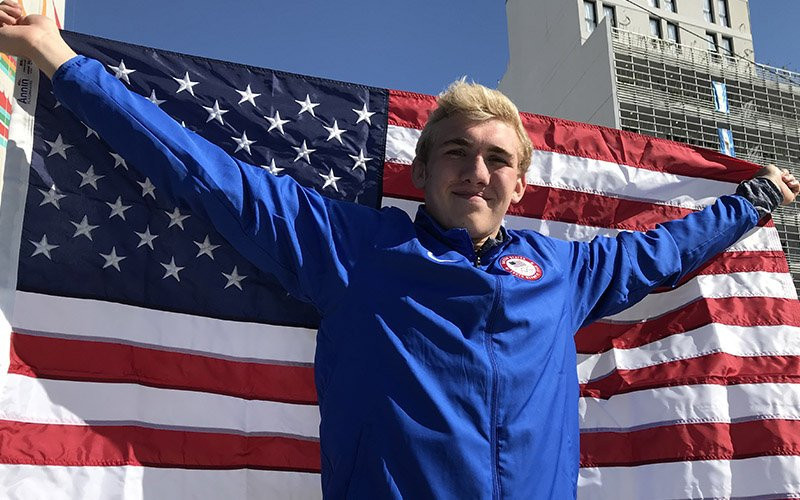 Rugby player Alex Cleary has been named as the United States’ flagbearer for the Summer Youth Olympic Games, due to open here tomorrow.

Cleary will carry the US flag in the Opening Ceremony at the iconic Obelisk of Buenos Aires.

"It means everything to me to be able to come here and represent our country," Cleary said.

"Carrying the flag for our team is a huge honour and it is going to be amazing.

"Being here with all of my team-mates, my family, the Opening Ceremony is going to be an unbelievable experience."

The United States Olympic Committee (USOC) claim that Cleary’s rugby career has rocketed over the past year.

BREAKING: Our own Youth Olympian Alex Cleary will be the flag bearer for @TeamUSA at tomorrow’s OPENING CEREMONY for #BuenosAires2018.@WorldRugby | #GoTeamUSA 🇺🇸 pic.twitter.com/WB320hcqUB

Cleary was selected to the USA Rugby Boys High School All-American team that played in the Youth Olympic Games qualifier and the Canadian-American Future sevens tournaments.

His performances led to him earning a place in training camp alongside the senior United States national team.

He represented the US men’s Falcons team, the level below the senior programme, at an international RugbyTown Sevens tournament.

Cleary will serve as the co-captain of the 2018 US Youth Olympic men’s rugby team in Buenos Aires.

He becomes the first rugby player to be a flagbearer for the US at an Olympic event.

The US delegation consists of 87 athletes, with 47 men and 40 women representing them at the Games.

The Games are scheduled to take plae until October 18 in Argentina’s capital city.