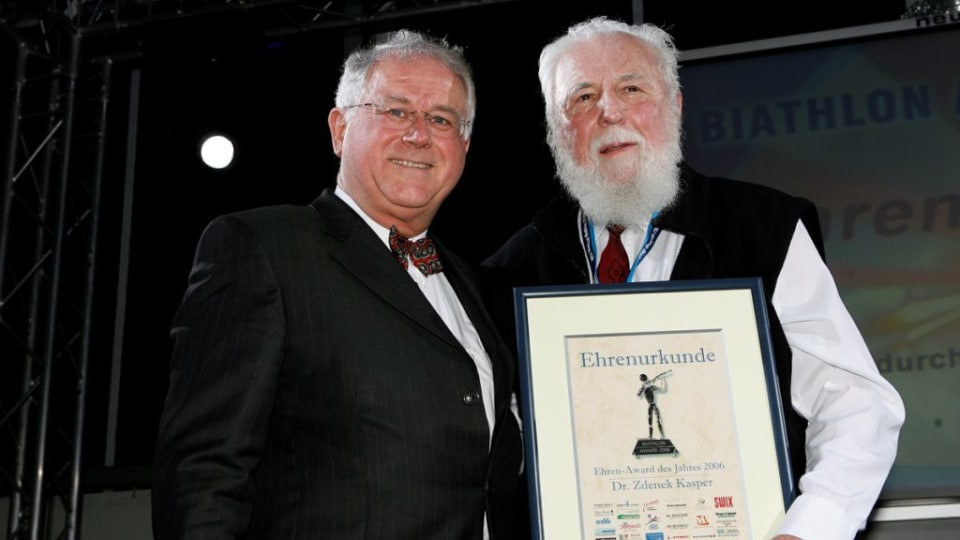 The International Biathlon Union (IBU) has paid tribute after two influential figures in the sport passed away.

The governing body said it learnt with "great sadness" about the deaths of Zdeněk Kašper and Nicolai Lalym.

Eighty-seven-year-old Kašper has been described as a "visionary" and one of the "pioneers of the sport".

He was the main organiser of the first biathlon competition in his native Czech Republic, then known as Czechoslovakia.

His legacy includes being a major campaigner for the full integration of women's biathlon while he advocated the change from large-bore to small-bore rifles.

In 2006, Kašper was awarded the Biathlon Honorary Award for his achievements in the sport, and he was later inducted into the Czech Biathlon Hall of Fame.

"His was a life of visionary ideas, extraordinary achievements and great personal fulfillment," the IBU said.

Lalym, who died at the age of 68, was an IBU technical delegate.

The Russian is a long time referee and coach and was said to have contributed "significantly" to the development of international biathlon.

"Nicolai Lalym will be remembered for his passion for the sport as well as his friendly and helpful nature," the IBU said.

"The IBU sends their heartfelt condolences to Nicolay Lalym's family and Zdeněk Kašper's family and wishes them strength in this difficult time."