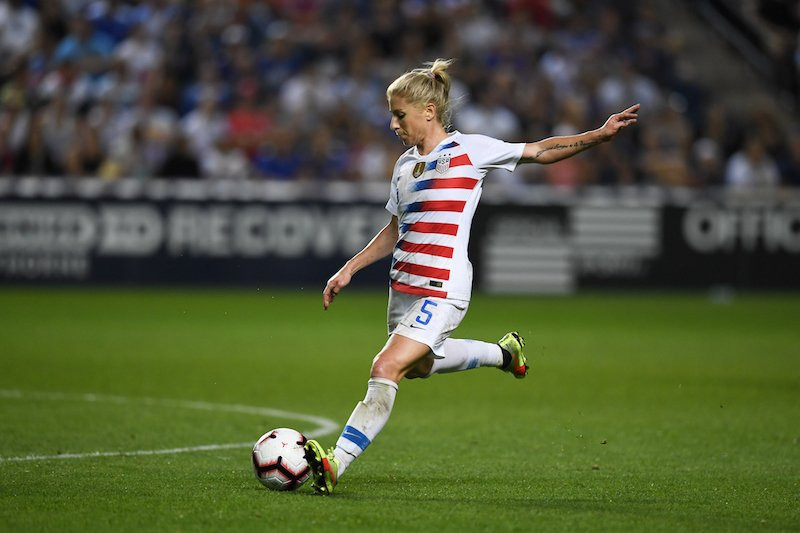 Eight teams will be contesting the Championships, with three from North America, three from the Caribbean and two from Central America.

The US are the hosts and defending champions and are joined by Mexico and Canada from North America.

The teams are split into two groups, playing in a round-robin competition either in Cary, North Carolina or Edinburg, Texas.

The US, Mexico, Panama and Trinidad and Tobago are in Group A, with Canada, Costa Rica, Cuba and Jamaica contesting Group B.

The US top the CONCACAF rankings with Canada in second and Mexico in third.

The semi-finals, final and third place play-off will be staged in Frisco, Texas.

"CONCACAF has long been the home of the highest quality women's football in the world, so we know fans across the region will be marking their calendars in October for this high-stakes championship," said CONCACAF general secretary Philippe Moggio.

5 games separate the #USWNT from a World Cup berth and a Concacaf title.

"We're looking forward to seeing the Championship play out in the United States, as well as the upcoming qualifying rounds of the competition, which in the spirit of access will involve an impressive amount of Caribbean and Central American nations which are currently focused on growing the women's game at the highest levels."

US Soccer President Carlos Cordeiro added: "As hosts of the CONCACAF Women's Championship, w're thrilled to welcome top national women's teams from our region as they strive to secure a spot in the FIFA Women’s World Cup.

"The women's game continues to grow across our region, and this event provides another opportunity for these athletes to compete at the very highest level.

"We're confident that in cooperation with CONCACAF we will stage an exciting tournament for both the fans and the teams."

Trinidad and Tobago will face Panama in the opening game of the Championships followed by the hosts, the US versus Mexico.

The two first games will be played at Sahlen's Stadium in Cary.

At the end of the tournament, three teams qualify for the 2019 FIFA Women's World Cup in France.