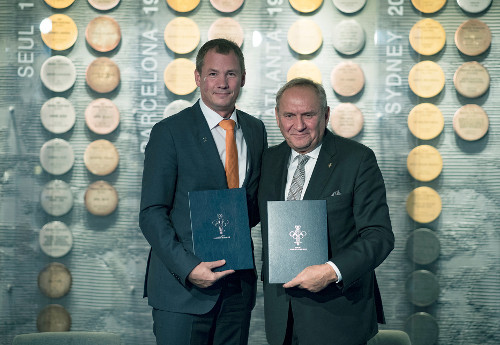 The deal was signed by the President of the PKOI Andrzej Kraśnicki and his counterpart at MOB, Krisztián Kulcsár.

Kraśnicki emphasised the excellent relations between the two National Olympic Committees as the partnership with signed.

Pal Schmitt, the former President of Hungary and a two-time Olympic fencing champion, was the guest of honour.

Schmitt is a member of the International Olympic Committee.

Other guests included the President of the World Olympians Association Joël Bouzou, and the head of the Romanian Olympic Committee Mihai Covaliu.

The PKOI have also previously signed MoU's with a number of countries, including Algeria, the Czech Republic and Japan