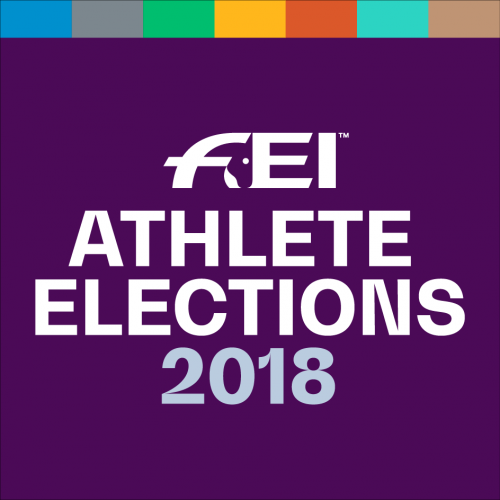 Three Olympians and a Paralympian are among the athletes elected onto the International Equestrian Federation's (FEI) Athletes' Committee, after an online vote by their peers.

They have already taken up their positions.

In total, 52 athletes from 26 different countries stood for election, with voting carried out online.

The poll for a driving athlete representative ended in a tie, between Marieke Harm from Germany and Hungary's Jambor Vilmos.

It means a second round of voting is being held from today until October 10.

The winner will then be announced on October 12.

Those elected will now serve for four years and also sit on the Technical Committee for each discipline governed by the FEI.

"This is a Committee made up of athletes and voted for by athletes.

"The calibre and experience of the newly elected Athletes' Committee is impressive and will ensure that the global athletes' community has its say and actively contributes to the development of equestrian sport."

This was the second athlete election held by the FEI, with the first held in 2014.

You can see a full list of those on the Committee here.