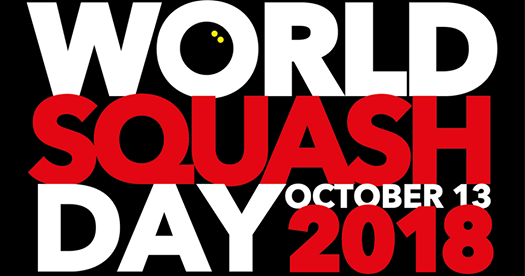 The World Squash Federation (WSF) will release an official charity single in October to mark World Squash Day, it has been announced.

The song called "Africa" will be available to download from October 13.

It has been written by the "squash loving" composer Stuart Sharp and will be released by the music label Pure Sync.

It was recorded live at a charity concert, staged by Sharp in Zambia in January 1989.

"That concert was the culmination of a major project to give people in the shanty towns the chance to play sport and I was busy handing out hundreds of squash rackets, balls and equipment," said Sharp.

"Some 29 years on I am delighted to support World Squash Day, which has the same aims of making squash accessible to as many people as possible.

"Squash, well known for being one of the best sports for health and fitness, can also provide a great solution in the fight to combat childhood obesity in developed countries."

Sharp, whose love of squash grew in the 1980s when as a homeless man he stumbled upon Jahangir Khan training at Wembley Squash Centre, says he hopes the song will be given plenty of air-time on TV and radio during the build up to World Squash Day itself.

Alan Thatcher, the founder of World Squash Day, which is endorsed by the WSF and Professional Squash Association (PSA), has said he appreciates their support.

"I always appreciate the support of the WSF and the PSA players as we strive to promote squash at every club on the planet on the same day," he said.

"This year it is extra special to have our own theme song and the energy and passion in 'Africa' mirrors how so many squash enthusiasts feel about their sport.

"We are particularly hoping that African nations will respond to this wonderful track and help to promote the game across that whole continent and beyond."

Despite a lack of any formal musical training, Sharp has also written several symphonies which have been recorded by The London Philharmonic Orchestra.

A film depicting his life, which is based on his autobiography "The Gift", is being produced by Gold Circle Films in Hollywood and will be available to watch on Amazon.