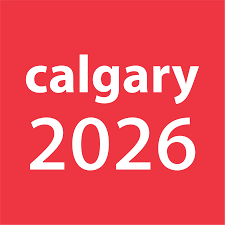 Calgary 2026 has received backing from chiefs of Treaty 7 First Nations, although further consultation from the Bid Committee has been requested.

Treaty 7 territories include Calgary and Canmore, where the 2026 Winter Olympics and Paralympics would take place should the Canadian bid be successful.

A statement was published by Treaty 7, who stated they had given "serious consideration to the cost, impact and benefits for Calgary" in bidding and hosting the Games.

It was determined that after consideration of the impact of the Games and the potential legacy that the Olympics could give future generations for First Nations, Albertans and Canadians, that Treaty 7 would offer their backing.

"This is a massive undertaking with major costs and massive impact - some good, and some bad," said Lee Crowchild, Tsuut'ina chief.

"While we are concerned about the environmental impact of hosting the Games, we have an opportunity to make these the most sustainable Winter Olympics ever.

"Treaty 7 Nations have to be equal partners with the other communities affected by the bid and the Games.

"We support the bid and will lend our knowledge and commitment to the environment to provide guidance to the Organising Committee.

"There is a potential for a major legacy for all our future generations.

The backing came despite Treaty 7 stating they had not been "collectively consulted" regarding the Games.

Anne Many Heads, chief executive of the Treaty 7 First Nations Chiefs Association, claimed they should have had more consultation regarding the bid.

"What needs to be understood is Governments, organisations, agencies, need to get used to the idea that when there's matters that impact First Nations and First Nations groups, First Nations groups need to be consulted initially, at the beginning - not as an afterthought at the end," she said, according to the Toronto Star.

Grand chief Wilton Littlechild is on the Calgary 2026 board as one of three indigenous members, including Jude Daniels and Strater Crowfoot.

Crowfoot is currently the executive director and chief executive of Indian Oil and Gas Canada.

"We are encouraged by the statement made by Treaty 7 First Nation Chiefs Association," Calgary 2026 stated.

"We remain committed to ongoing and regular engagement and discussion with all members of the Treaty 7 First Nation Chiefs Association and many others.”

On November 13 the city will hold a referendum on whether to host the Games, with cost a primary concern of Olympic critics.

Calgary must win the vote for the bid to go ahead.

Other cities looking to host the 2026 Games include Stockholm in Sweden, Erzurum in Turkey and Milan and Cortina d'Ampezzo in Italy.