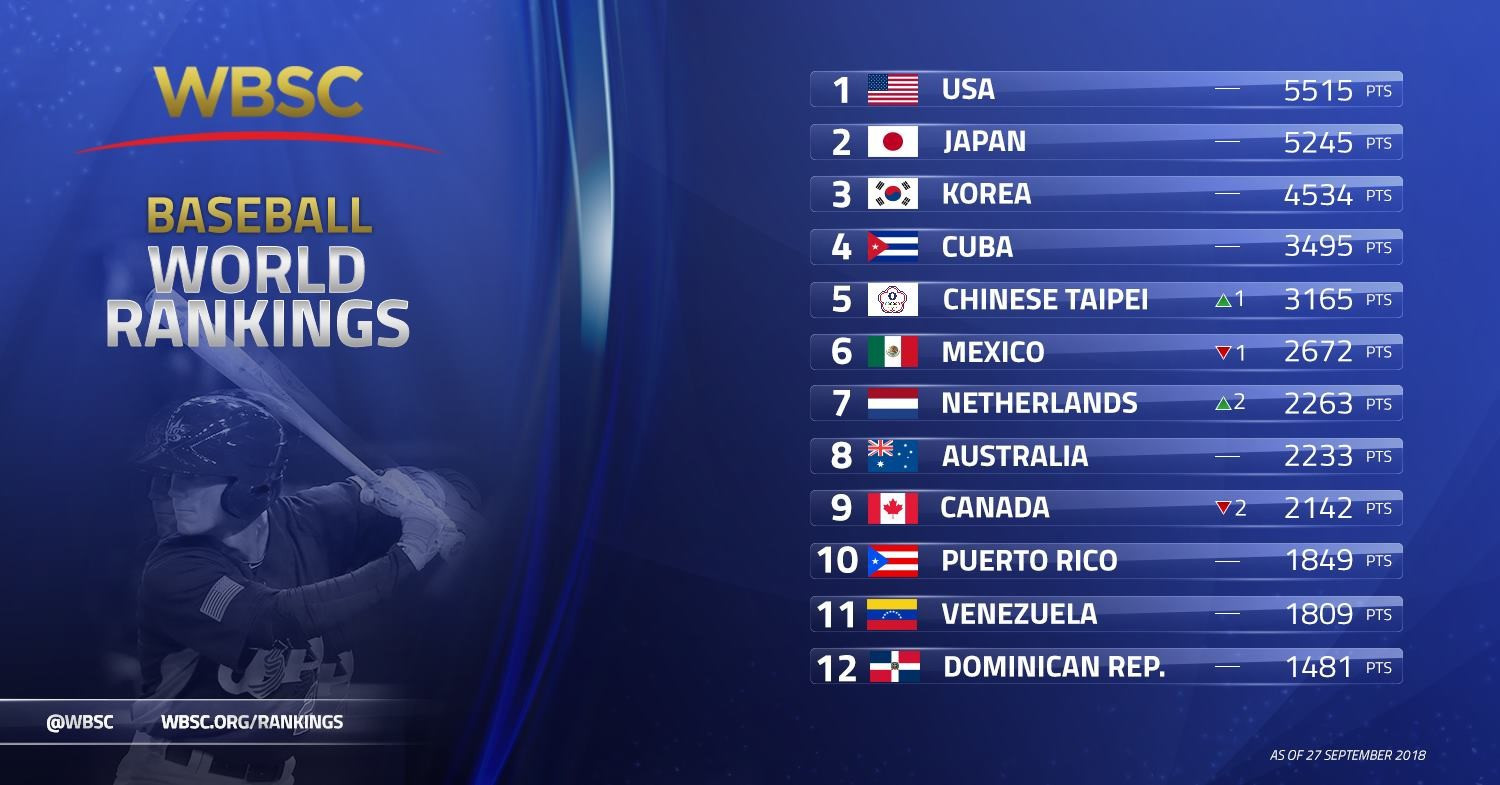 The World Baseball Softball Confederation (WBSC) have released their latest men's baseball world rankings with countries from the Americas, Asia, Europe and Oceania all featuring in the top 10.

Chinese Taipei has earned the most ranking points this year, which are distributed based on a country's national team performance from under-12 to senior level.

Indonesia, Sri Lanka and Chile are the biggest gainers with the United States keeping their position on top.

"These rankings show that baseball is being played at elite levels all around the world, including key targets like Europe and Oceania, with Africa's development on the rise as well," said WBSC President Riccardo Fraccari.

"This ongoing global growth will boost the case and excitement for baseball and softball's long-term Olympic future beyond Tokyo 2020, looking toward Paris 2024 and Los Angeles 2028."

Japan, South Korea and Cuba all maintained their previous positions within the top ten, but second-place Japan have closed the gap on the US in first place, from 416 points to 270.

The highest ranked European side are The Netherlands at number seven in the world, while Australia sit ninth and Puerto Rico 10th.

The new standings in the rankings reflect recent results and more than 250 games from events including the Under-15 Baseball World Cup, the Asian Games, the Central American and Caribbean Games and the East Asian Cup.

The US have held the top spot since February and remain there thanks in part to victories at the Under-15 World Cup in David in Panama and at the Under-12 Pan-Am Championships in Aguascalientes in Mexico.

At 11th and 12th respectively, Venezuela and the Dominican Republic remain at the critical cut-off point for qualifying into next year's WBSC Premier12, the Tokyo 2020 Olympics qualifying competition.