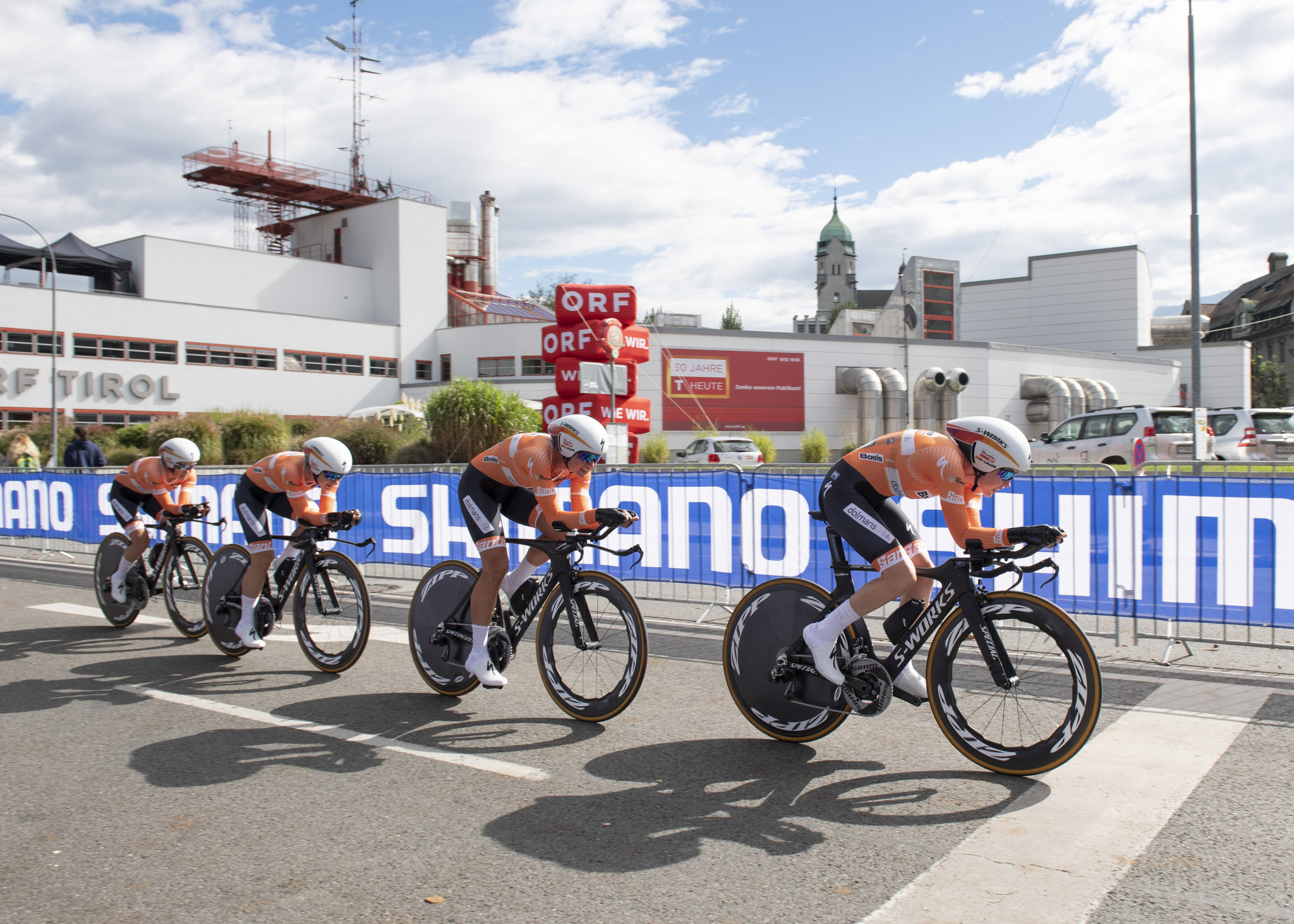 The International Cycling Union (UCI) has revealed a number of reforms designed to promote the professionalisation of women's road racing and to achieve greater gender equality in the sport.

Measures have been agreed at meetings held by the governing body alongside the ongoing Road World Championships in Innsbruck.

A major change approved in the Austrian city will see the creation of a new division - UCI Women's WorldTeams - with a view to achieving professional women's cycling teams.

This will be comparable to the current men's UCI WorldTeams with the women's equivalent set to debut in 2020.

Teams with this status will be eligible to compete at all Women's World Tour events.

A "second division" will be made up of UCI Women's Continental Teams, which were formerly called UCI Women's Teams.

In addition, a minimum salary will be introduced by the UCI for all of these riders, alongside a financial audit of their contracts.

This will be in line with measures already existing for male cyclists.

Another notable change is a restructuring of the calendar which will see a new UCI ProSeries class introduced for women from 2020.

This will mean events will be in one of four classes - World Tour, ProSeries, Class One or Class Two.

The measures follow yesterday's announcement about the reorganisation of men's cycling and will need to be approved by the UCI Congress on Friday (September 28).

This is expected to be a formality, however.

The UCI also wishes to reach total parity when it comes to the number of athletes per discipline at the Paris 2024 Olympic Games, to match the parity in the number of medals which has already been achieved.

"I welcome this fundamental development for women’s cycling and the strengthening of the position of women in our sport's governance, two subjects which are among the central points of the UCI's Agenda 2022," said UCI President David Lappartient.

"The decisions taken today increase the professionalisation of this sector by drawing inspiration from, but adapting appropriately, from the model that led men's professional road cycling to become one of the most popular sports in the world."