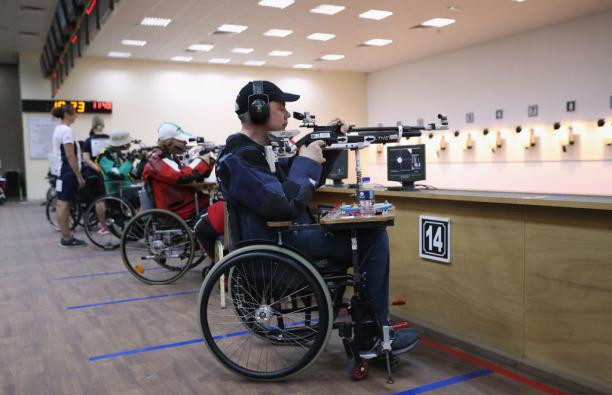 Natascha Hiltrop of Germany took over the lead from Smith after three of the elimination rounds, 163.9 points to 163.5, and had slightly increased her margin to 0.7 as the two women prepared to take their last two shots of the main competition.

Bronze went to Taylor Farmer of the United States.

Elsewhere on the first full day of competition in an event offering quota places for the Tokyo 2020 Paralympics, Barbara Moskal of Poland won the VI 10m air rifle prone mixed with a total of 240.7 points.

Silver went to Norway’s Daniel Waloe, who scored 234.5, while the podium was completed by Moskal’s compatriot Krzysztof Ruszkiewicz, with a total of 214.8.

Ukraine’s Andrii Doroshenko took bronze with a score of 224.8.