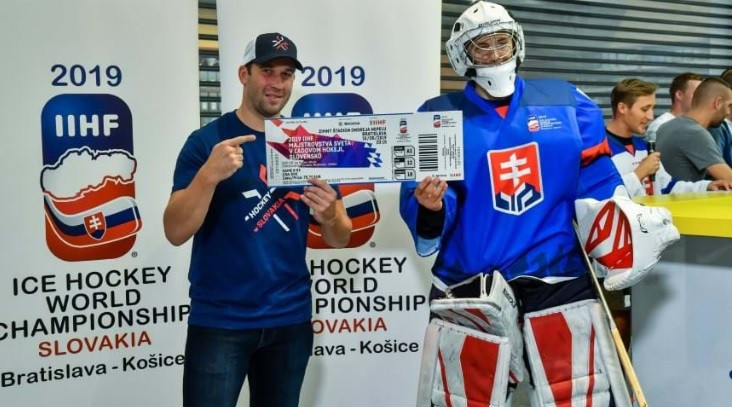 The public sale of tickets for the 2019 International Ice Hockey Federation (IIHF) Ice Hockey World Championship in Slovakia has been launched.

The competition will take place from May 10 to 26, with matches due to be held in Bratislava and Košice.

Tickets will be sold in three phases, with tickets in the first phase now available.

Chairman of the Slovak Ice Hockey Federation, Martin Kohut, was present at the ticket launch, as was Slovak ice hockey star Lubomir Visnovsky.

"I am very much looking forward to the Championship,” said Visnovsky, a member of the gold-medal winning team from 2002. "I will watch some of the matches live at the arena.

"Right now, I think my first choices are Slovakia’s games against Finland and the United States.

"I played at the World Championship when we hosted in 2011, and the emotions for the players and the fans were incredible.

"Now I‘ll experience the tournament as a spectator, and I’m sure I’ll have just as much fun watching as I had playing.”

The Organising Committee is also offering three packages - individual games, event pass, and “Follow Your Team” passes - for the event.