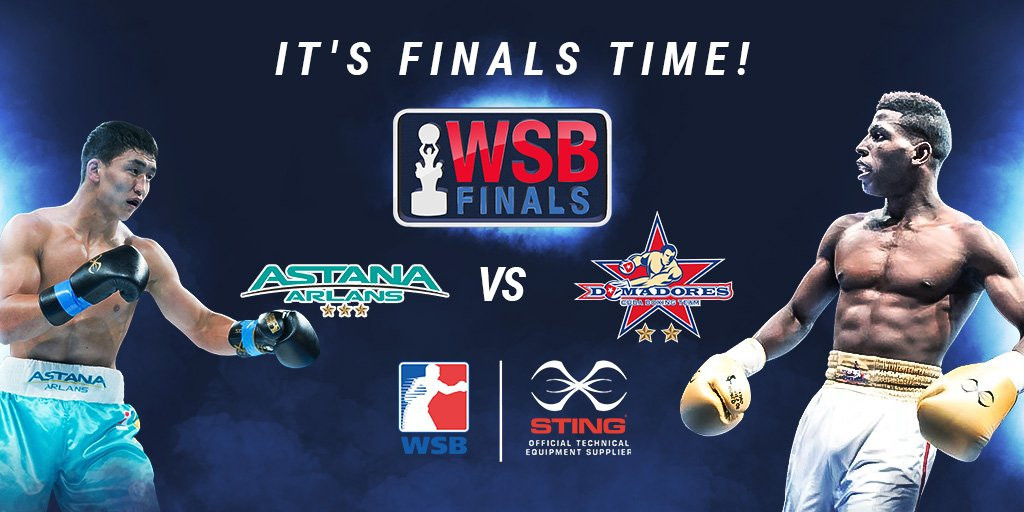 Defending champions Astana Arlans Kazakhstan will hope to earn a first leg lead when they meet Cuba Domadores in the opening part of the World Series of Boxing (WSB) final.

The two teams have proved the most successful in the competition’s history, with Astana Arlans Kazakhstan having claimed three titles.

Their victories in 2015 and 2017 came against the Cuba Domadores, who will be seeking to avenge those defeats.

The Cuban franchise have won the WSB title on two occasions, with the team winning in both 2014 and 2016.

It will make the first leg result of crucial importance as the two teams look to establish an advantage in the contest.

Tomorrow’s first leg will begin with a light flyweight contest between Domadores boxing Damian Arce Duarte and Temirtas Zhussupov of the Astana Arlans.

The Domadores’ Osvel Cabellero and Andy Cruz will then seek victories in their bantamweight and light welterweight contests respectively.

The duo will face the challenge of Ilyas Suleimenov and Dilmurat Mizhitov.

Osleys Iglesias and Abikhan Amakul will go head-to-head in the penultimate fight of the evening in the middleweight division.

Action will conclude with the Domadores’ Erislandy Savon and Astana Arlans’ Nurbol Altayev in the heavyweight bout.

Competition will take place at Xiamen in China.

The second leg will take place at the Jinjiang’s Zuchang Stadium in China on Friday (September 28).