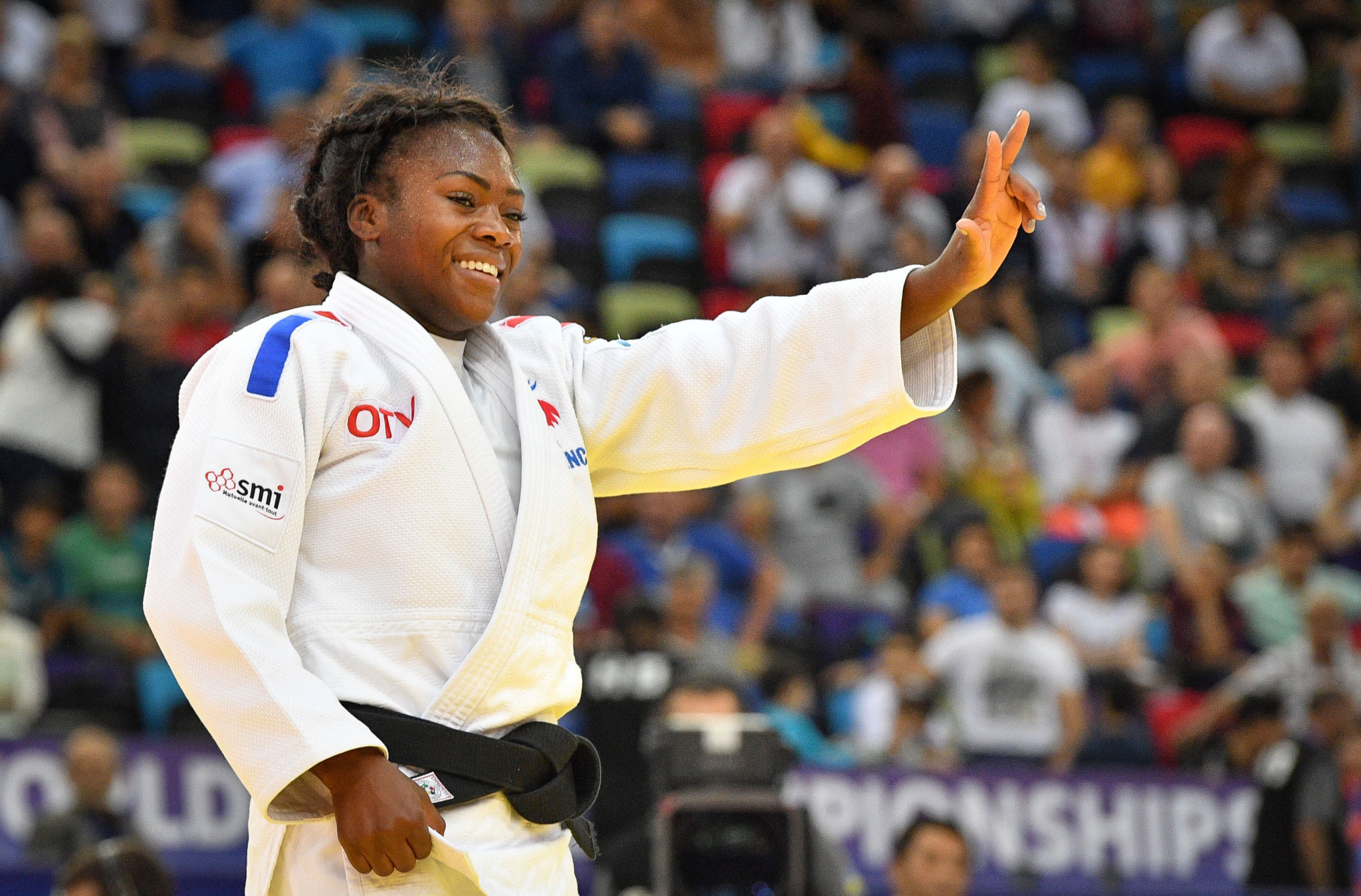 She won all five of her matches by ippon, throwing silver medallist Miku Tashiro with a o-soto-makikomi in the final.

It looked like the old rivalry would surface here in Baku with both champions making it to the semi-finals.

Whilst Agbegnenou beat Germany’s Martyna Trajdos in her semi-final, Trstenjak was defeated by Japan’s Tashiro.

Tashiro forced the French champion to golden score in the final before falling prey to Agbegnenou’s powerful throw.

The other bronze medal went to Juul Franssen of The Netherlands who overcame Germany’s Trajdos.

Trajdos won gold at the2015 European Games that were held in Baku but neither judoka had ever won a World Championship medal.

The contest went to golden score and after two minutes Franssen countered the German to score a waza-ari.

In the men’s under-81kg event, a new world champion was destined to be crowned as reigning world champion, Alexander Wieczerzak of Germany only qualified for the bronze medal match.

In an all German affair, the former world champion took the bronze over compatriot Dominic Ressel.

The gold medal went to the world number one, Saeid Mollaei of Iran.

He became Iran’s first world champion in 15 years but was pushed hard by Sotaro Fujiwara of Japan.

The match was tense throughout as Mollaei scored a waza-ari first, only for the Japanese athlete to equalise.

With 16 seconds on the clock in extra time Mollaei threw with o-soto-makikomi for his second waza-ari to take gold.

The final bronze medal went to Vedat Albfayrak of Turkey who was in great form in the run-up to the tournament.

Albfayrak won two Grand Prix events prior to the tournament and took home world bronze to the delight of his vocal fans in the crowd.