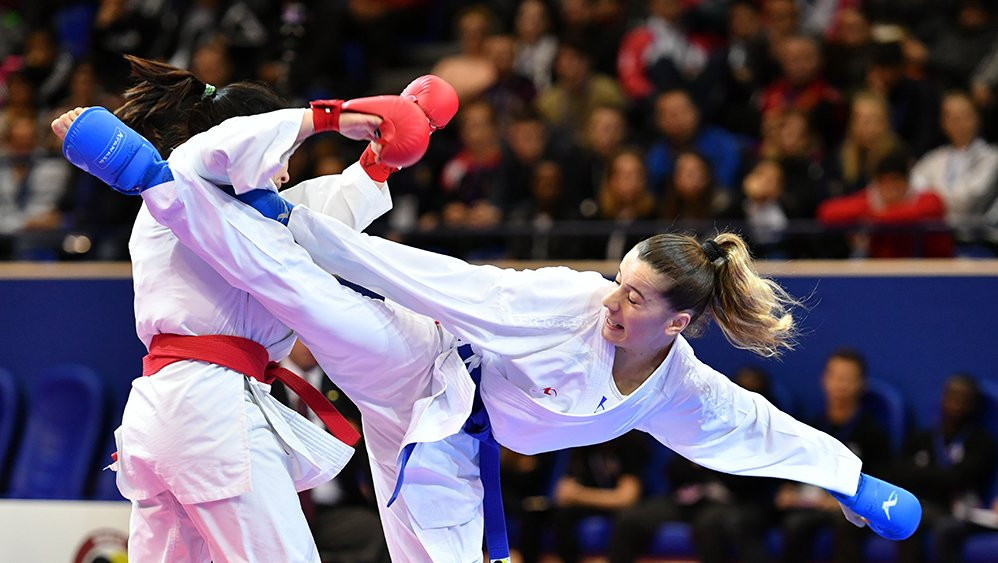 Japan and Turkey each booked their places in three finals on day two of the Karate 1-Series A event in Chile’s capital Santiago.

The trio of Japanese athletes advancing to tomorrow’s gold medal matches were Tatsuto Kajihara, Ken Nishimura and Ayaka Saito after they all came through today’s kumite eliminations and semi-finals at the Polideportivo Estadio Nacional.

Kajihara will face Egypt’s Karime Aboeitta in the men’s under-60 kilograms final, while Nishimura will meet Jordan’s Bashar Alnajjar in the men’s under-75kg and Saito will go up against Turkey’s Meltem Hocaoğlu in the women’s over-68kg.

The two other Turkish athletes joining Hocaoğlu in progressing to the last stage today were Uğur Aktaş and Ridvan Kaptan in the men’s under-84kg and over-84kg categories respectively.

Standing between Aktaş and the gold medal is France’s Farouk Abdesselem, while Kaptan will have to overcome Germany’s Jonathan Horne.

The two finals determined today which will not feature athletes from either Japan or Turkey are those in the women’s under-61kg and under-68kg divisions.

Canada’s Haya Jumaa will face France’s Leila Heurtault in the former and Ukraine’s Halyna Melnyk will meet China’s Li Gong in the latter.

Finals, including the seven decided yesterday, are scheduled for tomorrow.

Presented in an open format, thus allowing every athlete in the world to compete, the Karate 1-Series A is framed under the umbrella of Karate 1 to bring together the best competitors in a series of open championships.