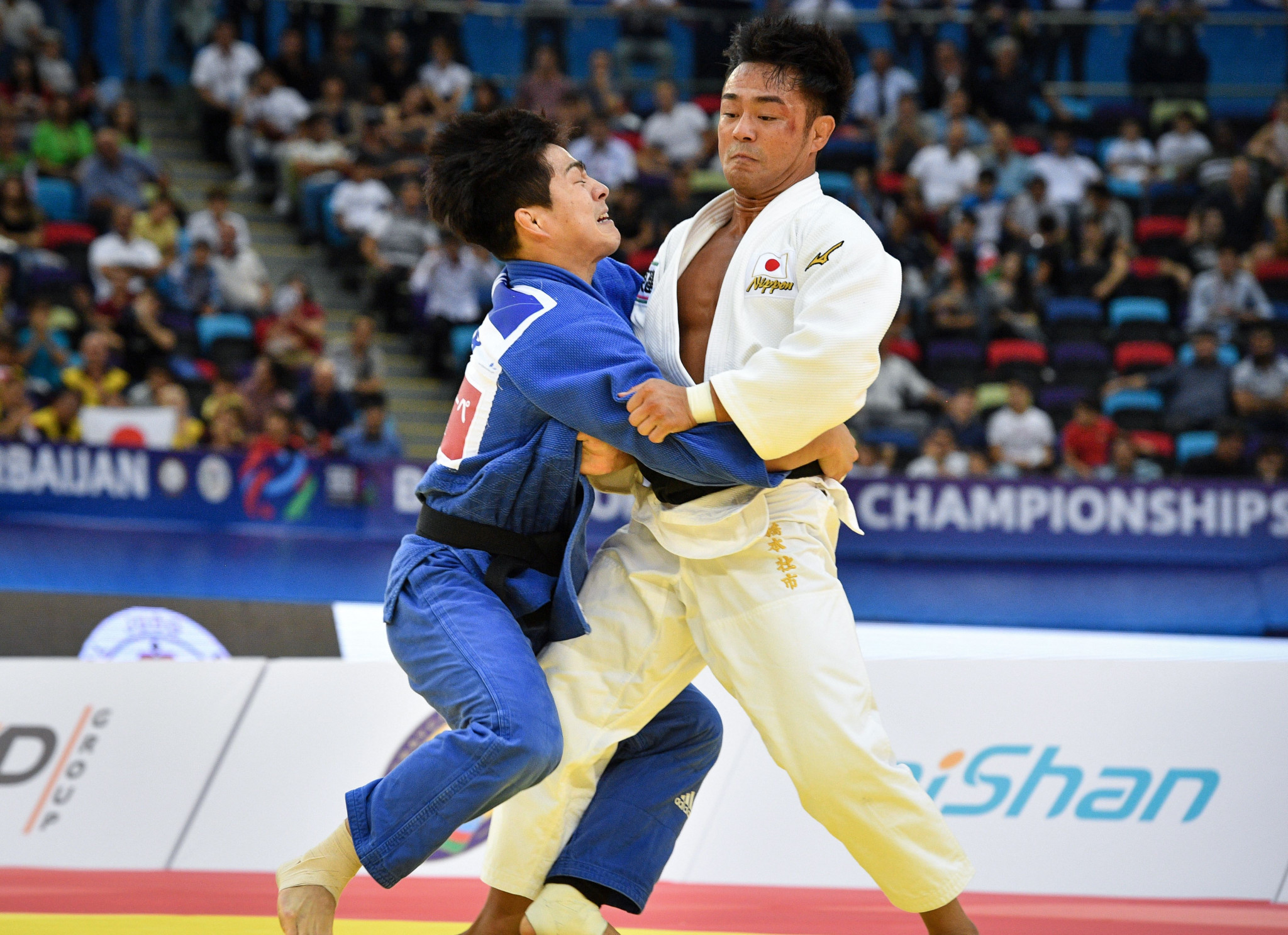 In the women’s under-57 kilograms and men’s under-73kg categories, neither defending champion could hold onto their title at the International Judo Federation World Judo Championships here today.

In the men’s event, world number one and reigning champion, Soichi Hashimoto was stunned in the gold medal final by South Korea’s An Changrim.

The Japanese judoka had also lost to An at the Hohhot Grand Prix final in May.

With less than two minutes on the clock, An caught Hashimoto with a ko-soto-gake for ippon and the title.

The 2017 world champion had to settle for the silver medal as the Asian Games runner-up An upgraded to gold.

In the bronze medal matches, it was Azerbaijan’s Hidayat Heydarov who stole the show.

The Azeri narrowly missed out on a place in the gold medal final but returned to the tatami to face Mongolia’s Tsogtbaatar Tsend-Ochir.

The crowd were in fine voice as they cheered Heydarov to victory and the bronze medal.

As well as a full stadium of Azeri fans, Azerbaijan's President Ilham Aliyev was also here to witness the first medal for the host country.

In the other bronze medal match, another Mongolian judoka missed out.

It took more than three minutes for Ilham to take the vctory in golden score but he managed to flip Ganbaatar for ippon and his first World Championship medal.

In the women’s under-57kg category, Sumiyaa Dorjsüreng of Mongolia did not qualify for the gold medal final after she lost to Great Britain’s Nekoda Smythe-Davis.

Unable to defend her title, Dorjsüreng wore her red backpatch, signifying the reigning world champion, for one last time as she took on South Korea’s Youjeong Kwon for the bronze medal.

Dorjsüreng was successful and joined on the third step of the podium but Christa Deguchi of Canada, who beat Germany’s Theresa Stoll in her final match.

In the final Japan’s Tsukasa Yoshida was too strong for Smythe-Davis.

Yoshida won the silver medal last year but took the title in front of a dedicated set of Japanese fans here.

Tomorrow the competition is due to continue with  the men’s under-81kg and women’s under-63kg categories.