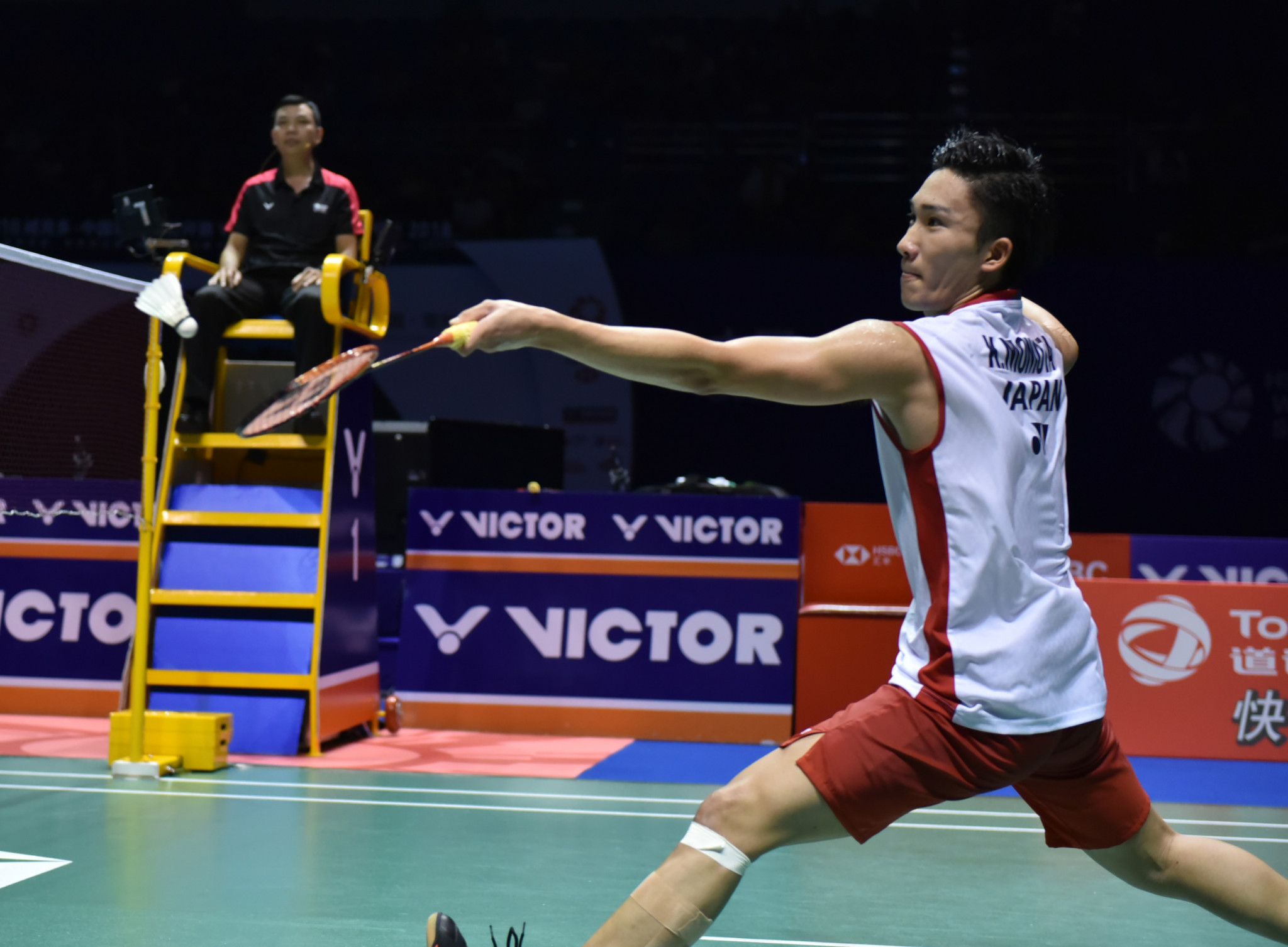 Third seed Momota registered a 21-10, 21-17 win over his second-seeded opponent at the Olympic Sports Center Xincheng Gymnasium in a tournament that is one of only three Super 1000 rated events on the BWF World Tour.

Awaiting him in the final is unseeded Indonesian Anthony Sinisuka Ginting, whose impressive run continued with a 12-21, 21-17, 21-15 victory over fifth seed Chou Tien Chen of Chinese Taipei.

Prior to today, Ginting had already defeated top seed Viktor Axelsen of Denmark and defending champion Chen Long of China en route to the semi-finals.

In the women’s singles event, defending champion Akane Yamaguchi of Japan has been knocked out at the semi-final stage by fifth seed Chen Yufei of China.

Both finals are scheduled for tomorrow.