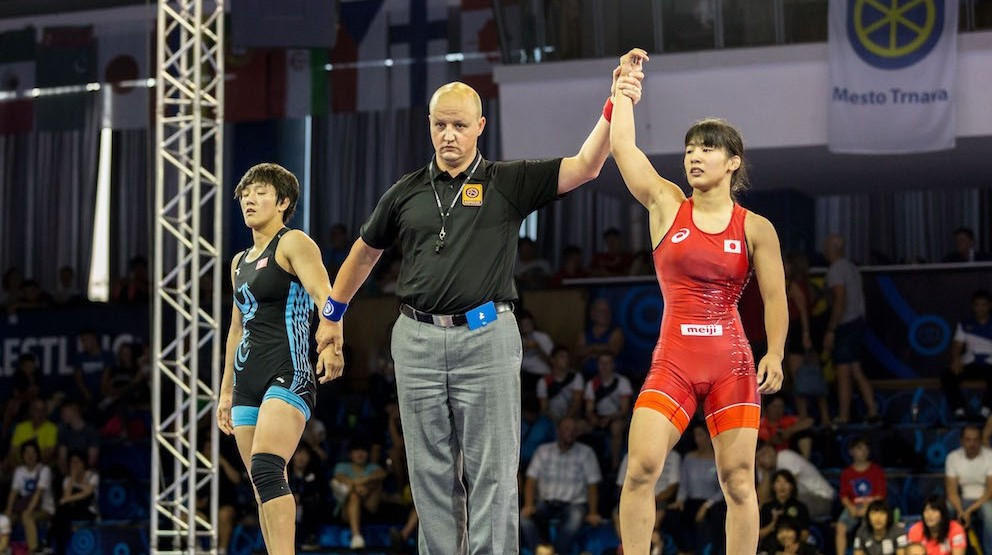 Japan won four of the five gold medals on offer on the second and last day of women’s finals at the United World Wresting (UWW) Junior World Championships in Trnava in Slovakia.

Among the country’s quartet of winners was Umi Imai, who beat Uzbekistan’s Aktenge Keunimjaeva 10-0 in the 53 kilograms final at the Mestská športová venue.

Also tasting victory for Japan were Andoriahanako Sawa at 57kg, Atena Kodama at 62kg and Miyu Imai at 65kg.

Sawa defeated China’s Zhang Qi, while the wins for Kodama and Imai came against Uzbekistan’s Nabira Esenbaeva, forced to forfeit due to injury, and Mongolia’s Delgermaa Enkhsaikhan respectively.

The only non-Japanese victor today was France’s Koumba Selene Fanta Larroque, who defeated Russia’s Evgeniia Zakharchenko 6-0 in the 72kg final.

China’s Shen Fanwen and Japan’s Naruha Matsuyuki came away with the bronze medals.

Russia ranked second with 160 points, while China came third with 127.

Five freestyle finals are due to be contested tomorrow.

Action at the UWW Junior World Championships is scheduled to continue through to Sunday (September 23).