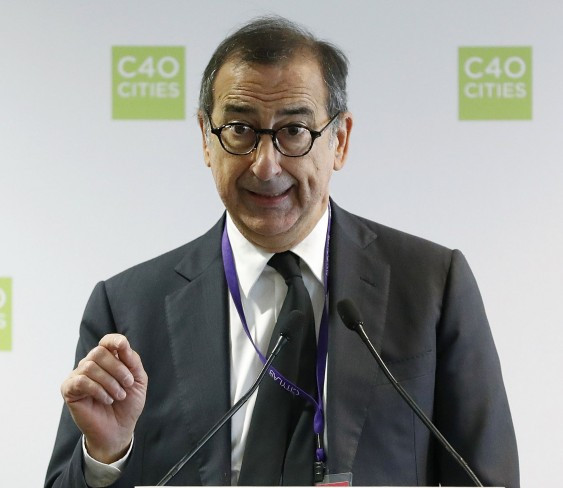 A presentation at the headquarters of the International Olympic Committee (IOC) in Lausanne of a new Italian bid for the 2026 Winter Olympic and Paralympic Games featuring just Milan and Cortina d'Ampezzo "went well", according to Milan Mayor Giuseppe Sala.

The new plan featuring two cities was proposed after Turin withdrew from an initial three-way bid on Tuesday (September 18), reportedly due to disagreements between the cities.

It was reported that the host of the 2006 Winter Olympic and Paralympic Games withdrew following demands from Sala that Milan either go it alone or be the focal point of the campaign.

Giancarlo Giorgetti, the Under-Secretary for Prime Minister Giuseppe Conte, who has a brief for sport, then confirmed that differences between the three proposed hosts meant the effort could not continue.

Veneto Governor Luca Zaia and Lombardy Governor Attilio Fontana, told Italy's news agency ANSA in a joint statement that they would be prepared to remain in the race without Turin.

"Having come this far, it is unthinkable to throw it all out of the window," they said.

"The bid should be saved, which is why we are willing to carry forward this challenge together.

"If Turin is pulling out, and we are sorry, at this point, two realities are left, Veneto and Lombardy, so we'll keep going with the Lombardy-Veneto Olympics."

Following the meetings with the IOC, reportedly attended by President Thomas Bach, Sala was upbeat about its chances.

"The bid is looked upon positively...there is no time to waste," he told ANSA.

"The next key appointment is at the start of October in Buenos Aires [at the IOC Session] and we have to be convincing on the project, the guarantees and the support of the government, which is needed, even if not via funds."

He has previously warned that a two-way bid has less chance of success than the original three-city plan, in part because the central Government would not provide financial guarantees in support.

Insidethegames understands however that despite this, the new two-way bid is now CONI's main focus.

The saga marks another blow to the IOC with regard to Olympic bidding.

On Monday, (September 17) the Japanese city of Sapporo confirmed its withdrawal from the 2026 race to focus on 2030, while bids from  the Swiss city Sion and Innsbruck and Graz in Austria have also already fallen through due to a lack of public support and referendum defeats.

It means just Stockholm in Sweden, Calgary in Canada and Erzurum in Turkey remain alongside Italy.

Stockholm’s bid is facing a lack of political support, however, and the Calgary bid will face a crucial referendum on November 13, which it must win to continue.

Erzurum meanwhile is considered an outsider shot due in part to security concerns.