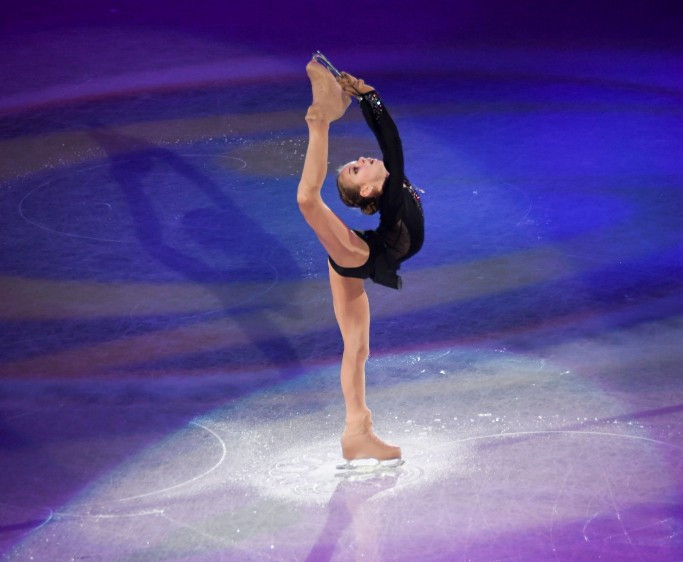 The 14-year-old pulled off the feat at the Amber Cup event in Kaunas in Lithuania.

She attempted three quadruple jumps at the competition, which is a leg of the International Skating Union's Junior Grand Prix of Figure Skating circuit.

She won the event with 221.44 points overall, including a junior world record 74.74 for her short programme.

"I was very nervous, because this was the first competition of the season and I tried three quadruple jumps in the free skating for the first time," said Trusova, who won the Junior Grand Prix final last year.

"Overall I'm pleased with my result at this Grand Prix, but I fell on the first quad toe in the free and I will continue to work and try to skate my programme clean.

"My job is to skate clean.

"When I make a mistake in the programme the rest has to be ideal."

Trusova became the first woman to land two quadruple jumps in one programme on her way to the gold medal at the World Junior Championships in Sofia this year.