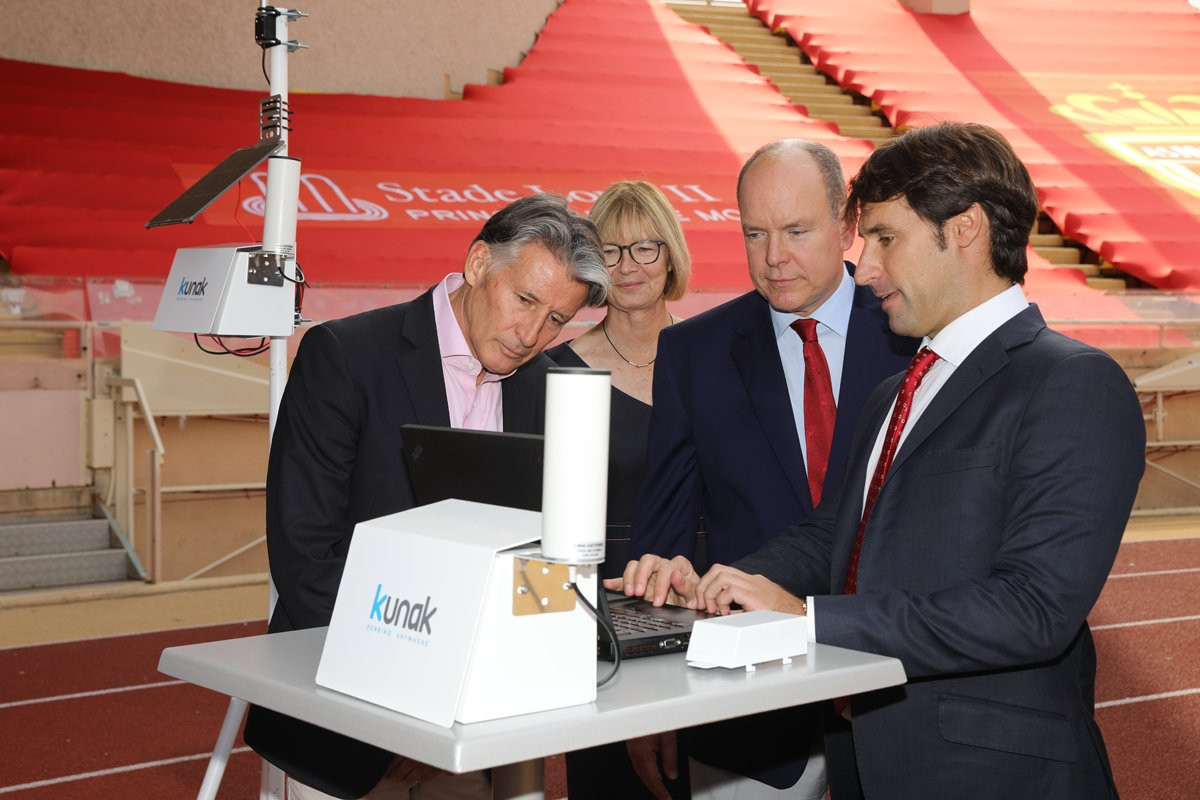 An air quality monitor has been installed by the International Association of Athletics Federations (IAAF) at the Stade Louis II in Monaco as part of its campaign to raise awareness of the effects of air pollution.

The IAAF and United Nations Environment (UNEP) announced in May their five-year partnership, supported by the Climate and Clean Air Coalition, to research and raise awareness of the effects of air pollution.

The monitors, supplied by Spanish company Kunak Technologies SL, will be used to record the data will measure the four main elements – PM2.5 (particles), PM10, O3 and NO2 - which, research shows, have an impact on the performance of athletes.

To begin, five monitors will also be fitted at stadiums in Argentina, Australian, Ethiopia, Japan and Mexico, Sydney.

A second device is also due to be installed at the Stade Louis II to measure the difference in air quality at either end of the stadium.

The IAAF Health and Science Department will use the data in addition to the other research to explore the correlation between air quality and athlete performance, it is claimed.

A previous study found a performance reduction when competing in highly polluted areas.

"Exercising in these atmospheric conditions, besides being extremely harmful, does not allow the athletes to perform at their best and ultimately lowers the standard of the competition."

Prince Albert praised initial tests undertaken at the Diamond League event earlier this year prior to the installation of the permanent monitor and looked forward to the new research.

"As chairman of the Monaco Athletics Federation I am proud that the Stade Louis II has been part of the IAAF air quality device project which targets to improve the quality of environment and conditions of performances for the athletes, through data that has never been provided before," he said.

"After a first test during our IDL meeting Herculis EBS on July 20, which has been ranked as the best meeting of the history, we are delighted to continue to work in this project.

“Stade Louis II will be the first stadium in the world with such tools, thus allowing the Principality to be a pioneer in terms of environmental consideration in sport."

Coe added: "Air pollution is a silent killer which is affecting the health of athletes, local communities and our environment, so I’m delighted that the cooperation between the IAAF and our partners has brought this project to fruition and I hope that together we can raise awareness and help to improve air quality around the globe."