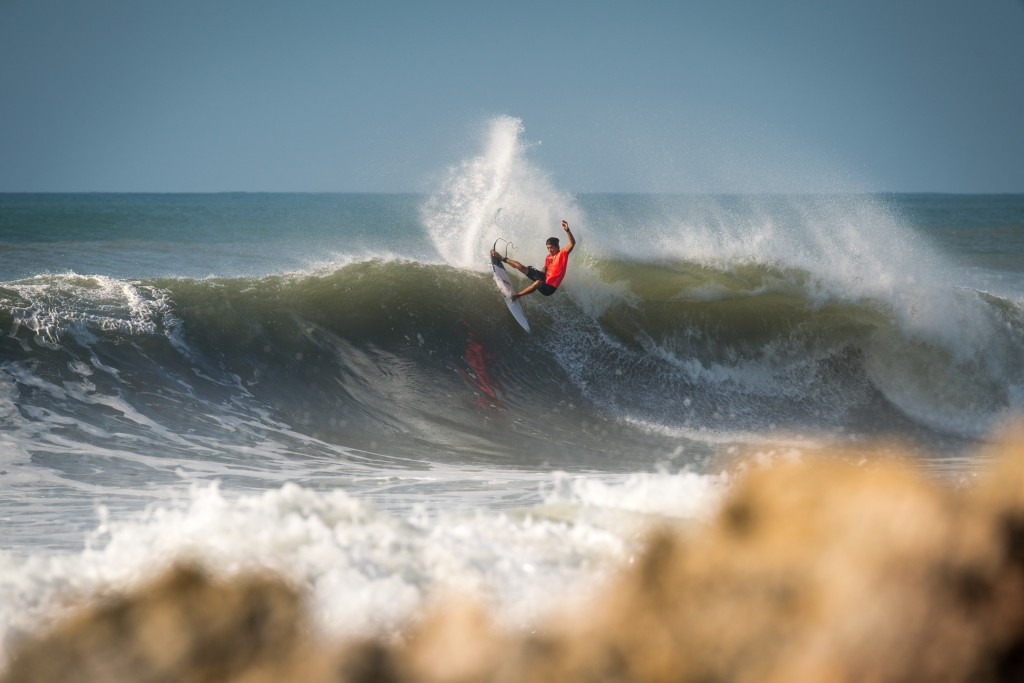 Italy's Angelo Bonomelli achieved the highest score of the day on Long Beach, a near-perfect ride of 9.93 on a right-hand barrel that drew gasps from the crowd.

On the women's side Paige Hareb from New Zealand was the top performer, managing a single wave score of nine to make it comfortably into round three.

The Japanese star managed to take it with two waves, scored at 9.17 and 7.17 respectively, which delighted the thousands of fans that had travelled to watch him.

"The support of the Japanese fans means so much to me," he said afterwards.

"It feels like a dream for me to do my best and not leave anything behind."

Igarashi's team-mate Shun Murakami also made it through with a heat score of 15.44, but Indonesia's 16-year-old surfer Tania Angel Izquierdo bowed out of the women's event.

"We don't get a lot of opportunities to show our talent and there are so many talented surfers in Indonesia."

Also competing today were a mother and son duo from Panama, Kalani and Sonia Garcia.

Neither of them made it through either, although Kalani still spoke fondly of his experience.

"It's incredible to compete in my first ISA World Surfing Games with my mum," he said.

"We help each other with motivation, picking out boards, and analysing conditions.

Tomorrow's action will begin with the second round of the women's main event at 7am local time.