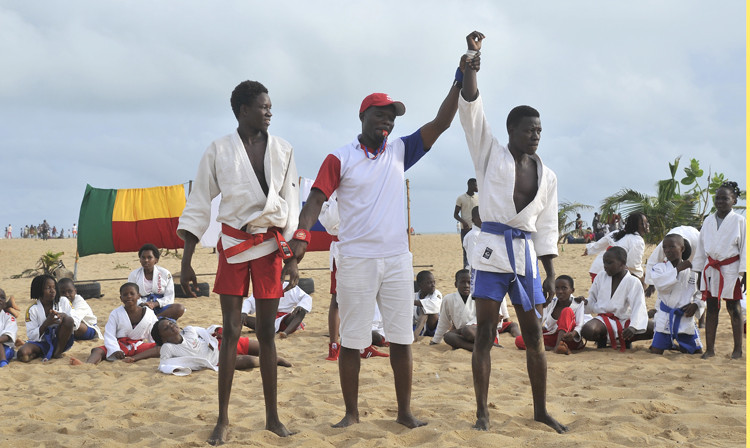 A demonstration beach sambo tournament has been held in the small African nation of Benin to coincide with the end of the school holidays, amid a global drive to further promote the sport.

The Beninese Sambo Federation (BSF) held a competition on Fidjrosse beach in Cotonou, demonstrating the techniques of sambo to children and adults alike.

School children and students who attended the tournament received training uniform kits from the BSF and it was covered by local media outlets.

The tournament follows another demonstration event of the Russian martial art, recently held in The Netherlands at the Association for International Sport for All (TAFISA) Games.

"The idea of participation in the TAFISA European Sport for All Games came from the Russian Union of Martial Arts (RSBI)," said FIAS executive director Sergei Tabakov.

"This organisation appealed to the International Sambo Federation with a request to assign its experts to present the Russian sport at the festival."

The sport also featured on the Asian Games programme for the first time this year, at Jakarta Palembang 2018.