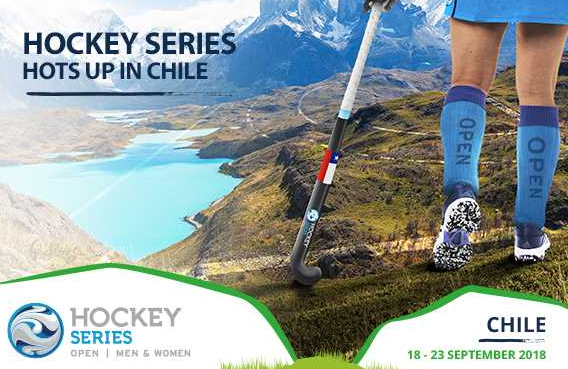 The first Hockey Series tournament in South America will get underway tomorrow in Chile's capital Santiago.

Both men's and women's tournaments will be held in a round-robin format, with the top two finishers in each competition progressing to one of three Hockey Series Finals events.

The Finals, in turn, offer a route to the Tokyo 2020 Olympic Games with various Hockey Series events having already taken place across the world.

Brazil, ranked at 26th in the world, are the best-rated side in the men's competition and will be joined by host nation Chile, Venezuela, Uruguay, Bolivia and Peru.

All six teams competed at this year's South American Games in Bolivia, where the continent's powerhouse Argentina won gold.

In the women's tournament, home side Chile will fancy their chances as the best ranked nation competing.

They currently sit 16th in the International Hockey Federation rankings.

Round-robin play will run through until September 23.

Opening matches tomorrow will see Brazil and Bolivia meet in the men's event, with Venezuela meeting Uruguay and Chile squaring off against Peru.