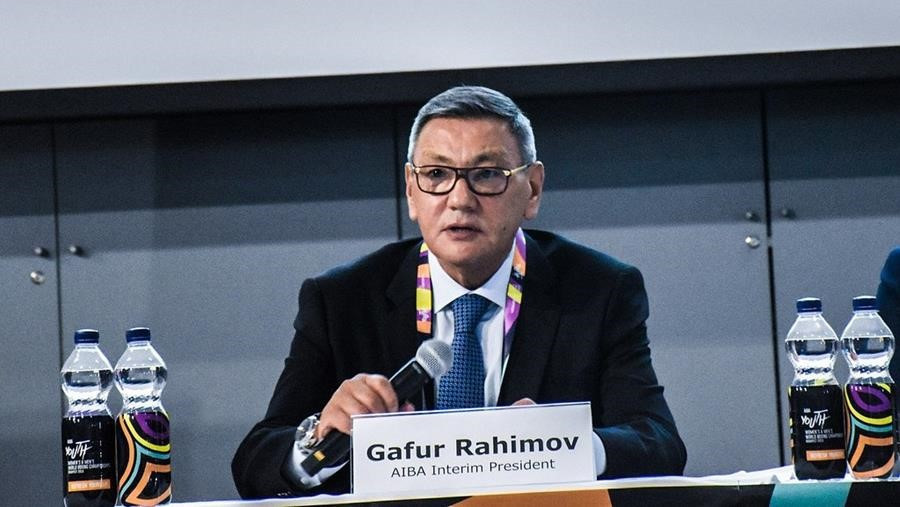 The interim head of the International Boxing Association (AIBA) Gafur Rakhimov has released a statement saying the governing body will make decisions "based on what we - and only we - think".

It comes after a leaked letter from the International Olympic Committee (IOC) suggested boxing could lose its place on the Olympic programme if Rakhimov is elected as permanent AIBA President.

He is widely expected to stand for election in November but the Uzbek is currently on the United States Department of the Treasury sanctions list as "one of Uzbekistan’s leading criminals" and has alleged links to an international criminal network known as "thieves-in-law".

On top of that, the US Treasury has also suspended Rakhimov's right and ability to make and receive any financial transactions in US dollars, while it has granted Rakhimov's law firm, Ferrari Legal, a licence authorising it to receive the payment of legal fees and expenses reimbursement, which has not gone unnoticed by the IOC.

Rakhimov has denied any wrongdoing.

In the letter dated August 31 their chief ethics and compliance officer Päquerette Girard Zappelli made reference to the allegations, saying it will be "crucial in the best interests of boxing within the Olympic Movement that only candidates benefiting from a full clean situation can stand for the President's position".

"Due to this [the treasury] situation, I am sure you can appreciate the IOC Ethics Commission is not in a position to ignore these decisions," she said.

The letter marks a rare example of the IOC attempting to directly influence a Presidential election at an International Federation (IF), but Rakhimov has now released a seemingly defiant statement, saying AIBA members "will not be influenced by any rumours".

"As many of you know, this is a very important time for our sport," he said.

"In the coming months, AIBA will be having elections for all positions in the Executive Board.

"Already the administration has done a good job of providing clear guidelines for this process.

"Personally, I believe that this is very important for our sport, because for the first time in our history we are not only providing transparency and good governance guidelines, but we are ensuring that they are being followed."

At other points in the statement the Uzbek says his time has been "consumed" by creating an AIBA people can be "proud of", while he says he is "sure" that "AIBA Member Associations will not be influenced by any rumours floating around in emails or news on various sports websites".

He also asks everyone "in and around AIBA" not to comment on who could run for President until October 3, when the names of the official candidates will be formally released.

"Let's not start to let speculation interfere or dominate our democratic process," he adds.

Asian Boxing Confederation head Serik Konakbayev has announced that he will stand at the election in Moscow on November 2 and 3.

Some AIBA members share the concerns of the IOC and believe Rakhimov should not permanently assume the position, while others claim he is the best candidate despite the controversy.

Nominees will have to meet several criteria in order to stand for election.

This includes being able to prove to the reasonable satisfaction of the Election Committee that they have never been convicted of a criminal offence and have never been sanctioned for a violation of AIBA statues or rules.

As well as the letter from Zappeli, IOC President Thomas Bach warned last month that Rakhimov's election in Moscow could put boxing’s place at Tokyo 2020 in jeopardy.

Bach said the sport's Olympic future "greatly depends" on the outcome of the Congress in the Russian capital, which many interpreted as a warning to the AIBA membership.