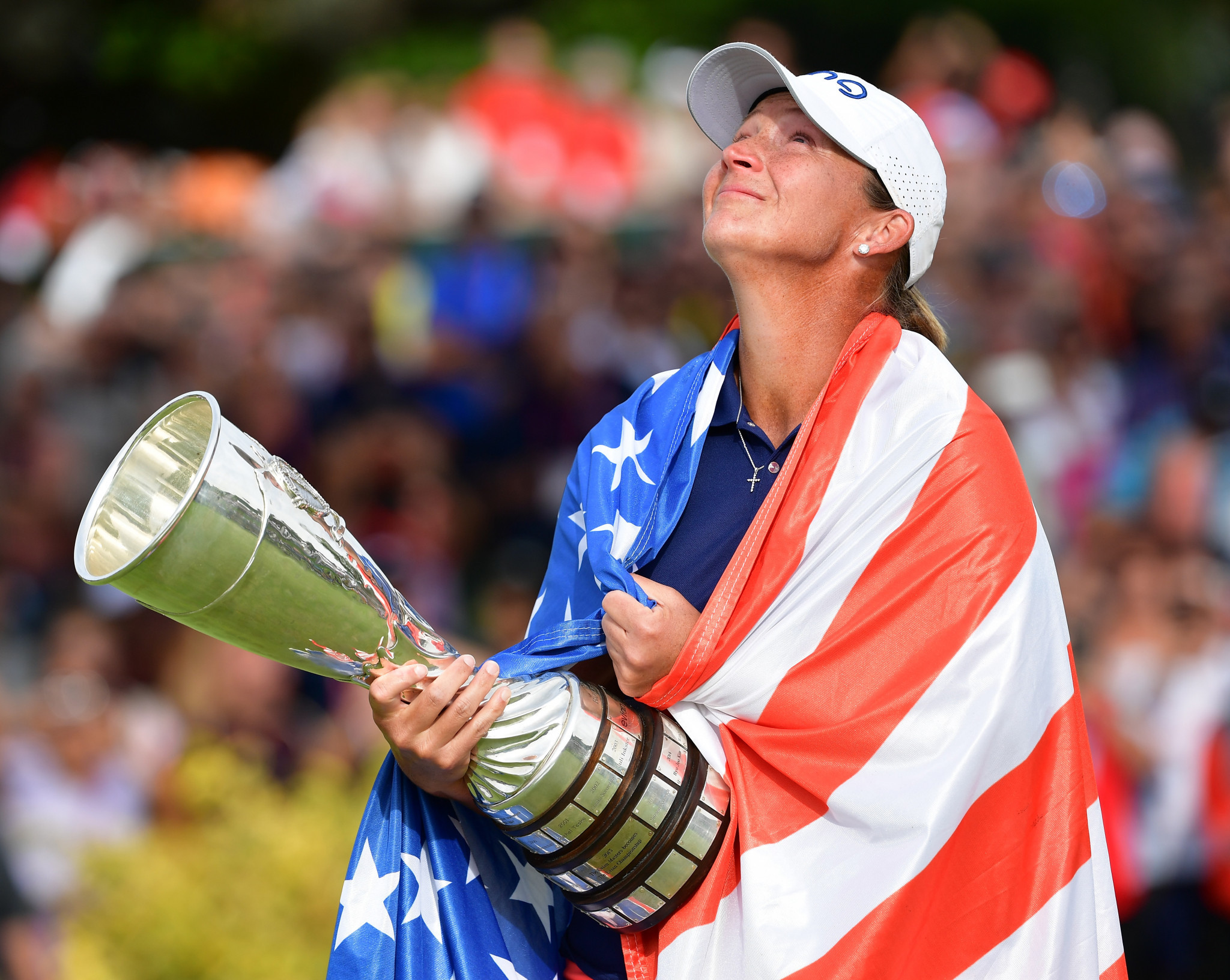 Angela Stanford earned her first win at a major today in her 18th year on the Ladies Professional Golf Association (LGPA) Tour as fellow American Amy Olson blew her chances of securing the Evian Championship title on the final hole.

Olson, who had carried a two-shot lead into the last round, arrived at the 18th hole needing only to make par to earn what would have been her first major tour victory at Evian-Les-Bains in south-eastern France.

But with her rival looking on anxiously having finished with a three-under 68 for a 12-under total of 272, Olson hit a double bogey six that dropped her to joint second.

It was a long journey to an unlikely one-shot victory for a player who believed as a rookie in 2001 that major titles would come sooner than her 40th birthday.

"I would have laughed, 'no way, it's going to happen before,'" said Stanford, whose runner-up finish at the 2003 US Women's Open was the first of 13 top tens in majors without a win.

Having finished with an eagle, a double bogey, a birdie and then a barely missed birdie that left her in tears minutes before Olson played the 18th, the tears flowed again for Stanford as she watched her rival putting on a giant screen.

More than six years after getting the last of her five LPGA Tour titles, the 76th-ranked Stanford put her hands to her mouth in surprise as she was revealed as the winner before beginning an emotional round of television interviews.

Olson's final round of 74 dropped her into a four-way tie for second place on 273 with fellow Americans Austin Ernst and Mo Martin, who finished with 68 and 70 respectively, and South Korea's Sei Young Kim, who rounded off with a 72.

Martin barely missed with a birdie chance on the 18th to face Stanford in a play-off.

Olson missed a six-foot putt for bogey on the 18th to force a play-off.

Olson, who had led by three shots with five holes to play, was stoic about a career-best result that ended with her three-putting.

"It's disappointing to finish like that," said the 26-year-old, whose previous best finish in an LPGA event was tied for seventh in 2014.

"I committed to every shot and did everything I could."

Refusing to check the leaderboard all day, Olson said she only knew on the 18th tee where she stood.

A par four would have won it for her, but she hooked her tee shot into the rough, and her third-shot approach was well below the pin.

A 40-foot par putt for victory then raced past.

Early leader Angela Torres, the rookie player from Puerto Rico, continued to find the later going tough, following her third round of 72 with a 75 that left her tied in 26th place on a total of 281.