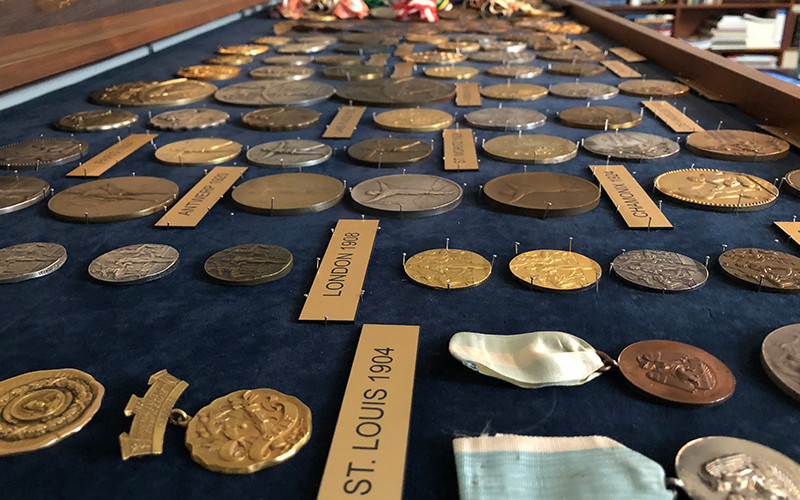 A private collection of Olympic artefacts thought to be among the largest in the world has been donated to the United States Olympic Committee (USOC).

Gordon Crawford, the chairman of the US Olympic and Paralympic Foundation (USOPF), has given the USOC his extensive collection of rare Olympic Games Torches, prize medals and participation medals.

The USOC confirmed receipt of the items, which will now be loaned to the under-construction US Olympic Museum in Colorado Springs.

The Museum, due to open in 2020, will allow the public to view the collection, which includes a complete set of Olympic Torches dating back to the 1936 Olympic Games in Berlin and full set of prize medals dating back to Athens 1896.

Other notable items are the Helsinki 1952 Relay Torch, one of only 22 ever made.

"This gift from Gordy is striking both in its generosity and in the profound impact it will have on fans of the Olympic Games - both current and in the future - who will be able to experience its rich history," said USOC chief executive Sarah Hirshland.

"We thank Gordy for this wonderful donation, and for his continued support of Team USA and the Olympic and Paralympic Movements."

Crawford, chairman of the USOPF since 2013, has overseen a growth in the amount of donations of Olympic-related memorobilia.

The USOPF is a non-profit organisation that serves as the primary source of philanthropic resources for the Olympic and Paralympic Movements in the US.

"We are thrilled that in addition to his service to the Olympic and Paralympic movements as chairman of the USOPF, Gordy has chosen to support Team USA in this unique and special way," said USOPF President Jon Denney.

"His commitment and leadership over the last five years has been invaluable, and I look forward to continuing our important work of supporting the American athletes who motivate us all to pursue excellence."