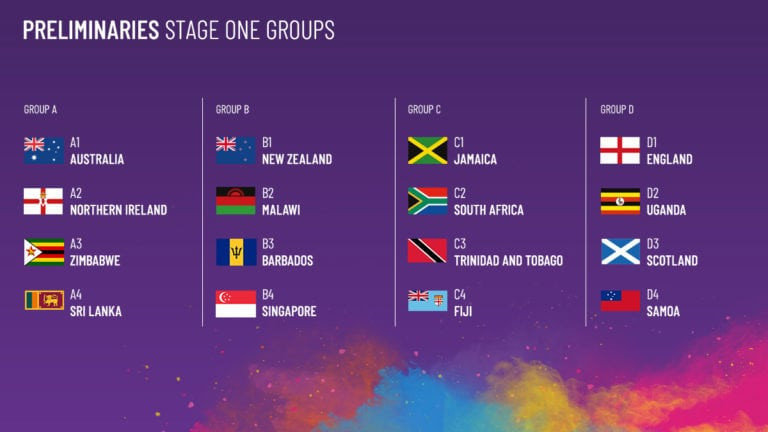 Commonwealth Games champions and hosts England will take on Scotland at next year's Netball World Cup in Liverpool after organisers conducted the draw for the tournament.

England, seeded second for the first time, will also face Uganda and Samoa in Group D following the draw in Nottingham.

Defending champions Australia, the top seeds who are seeking a 12th title, have been drawn to play Northern Ireland, Zimbabwe and Sri Lanka in Group A.

New Zealand, runners-up to Australia in 2015, will get the chance to avenge their shock defeat to Malawi at the Commonwealth Games in April as they have been placed in Group B along with Barbados and Singapore.

"I think all nations have been waiting for the draw for the Netball World Cup so we can forecast who we're going to be up against, prepare our teams and set our game plans," England coach Tracey Neville said.

"We had a really close game against Uganda at the Commonwealth Games and our Home Nations are always coming out to battle as well, so that brings on a really exciting outlook for us."

New Zealand's clash with Malawi and Barbados versus Singapore will be the opening two matches as organisers confirmed the schedule for the event after the draw.

Australia will open against eighth seeds Northern Ireland, while England take on Uganda.

"Excitement is mounting now as the draw has been made and with just 300 days to go before we welcome the world to the fabulous city of Liverpool next July," said International Netball Federation (INF) President Molly Rhone, who was in attendance at the draw.

"The Netball World Cup is the INF's most prestigious tournament and I have no doubt that this will be our most thrilling world class event ever, with our magnificent athletes - all powerful role models for our sport - showcasing netball at its finest.

"Netball has never been more exciting and I know this will be a fierce and closely-fought competition from start to finish."