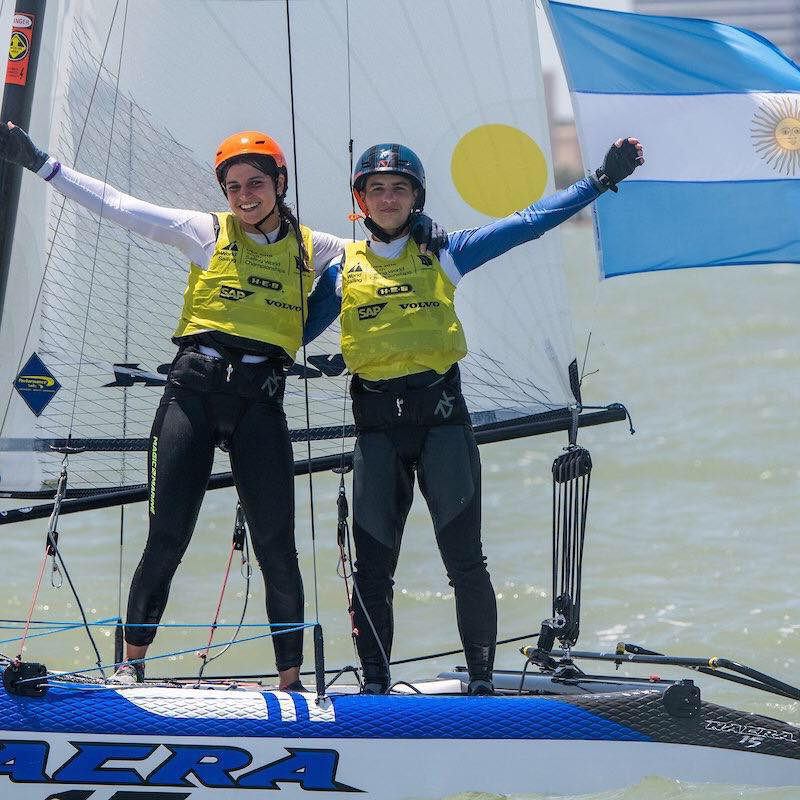 Argentinian sailor Dante Cittadini has been chosen to carry the host nation's flag at the Opening Ceremony of the Buenos Aires 2018 Youth Olympic Games.

Cittadini, a reigning youth world champion in the Nacra 17 class, was selected in a vote of the 26 team heads from the delegation that will compete at next month's Games in the Argentine capital.

He was given the honour after receiving 14 votes, with weightlifter Maria Luz Casadevall and beach handball player Gisella Bonomi claiming seven and five respectively.

Cittadini claimed the Nacra 17 title at this year's Youth World Championships in the United States with compatriot Teresa Romairone.

The pair qualified for Buenos Aires 2018 with a fourth-place finish at the Nacra 17 World Championship in Barcelona earlier this year and will be hoping to use home advantage to claim a Youth Olympic medal.

The Buenos Aires 2018 Opening Ceremony, scheduled to be held on October 6, will be the first curtain-raiser to be held outside a traditional stadium or arena.

It will take place at the city's iconic Obelisk monument in downtown Buenos Aires and will be open to the public.

Javelin thrower Braian Toledo carried Argentina's flag at the Opening Ceremony of the first Youth Olympic Games in Singapore in 2010, where he went on to win a gold medal.