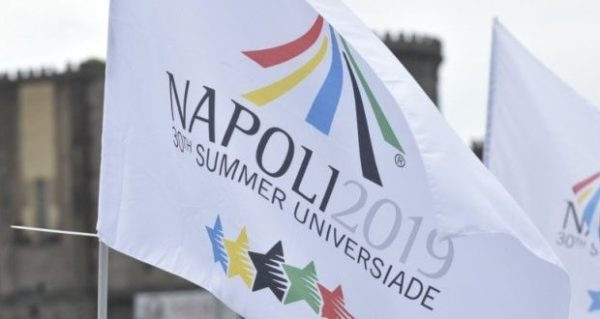 The International University Sports Federation (FISU) technical delegation are back in Naples for four days of meetings regarding preparations for the 2019 Summer Universiade.

The delegation, led by FISU director Marc Vandenplas, is due to meet with the Organising Commission and with the Universiade Regional Administration (ARU) to evaluate how the organisation of the Games is progressing.

The group arrived in Naples yesterday, shortly after two significant announcements were made about next year’s Universiade.

It was recently revealed around 8,000 athletes from 170 countries will take part in the event, which will take place from July 3 to 14.

On Monday (September 10), it was announced contracts have been assigned to renovate three buildings in Naples, the San Paolo stadium which will host the Opening and Closing Ceremonies, Soccavo building and Caduti di Brema Municipal Stadium.

Topics set to be discussed by the delegation over the next few days include workforce recruitment, the Athletes’ Village following a protracted saga over its location, venues and technology.

The meetings are said to be part of a shared approach between FISU and the Universiade organisers in preparation for FISU’s Executive Committee meeting in Lausanne at the end of September.

It has already been decided that around 4,000 athletes will be housed on two cruise ships in the port during the Universiade, with the rest split between university accommodation and nearby hotels.

The contract for the first ship, the MSC Lirica, has already been signed and bidding is underway for the second.

Improvement work will be carried out at the Soccavo building to enhance the three gyms and bring them in line with Italian National Olympic Committee (CONI) regulations, as well as upgrading the changing rooms and bathrooms at a cost of just under €559,000 ($652,000/£498,000).

At the Caduti di Brema Municipal Stadium, which will act as a training centre for football, a new synthetic turf will be laid and the changing rooms and floodlights will be upgraded, while at the San Paolo Stadium the sound system will be improved.

It is claimed the building work at the three venues will cost around €1.6 million ($1.9 million/£1.4 million).

The Brazilian city of Brasilia was originally set to host the event but withdrew in 2014 citing financial reasons.