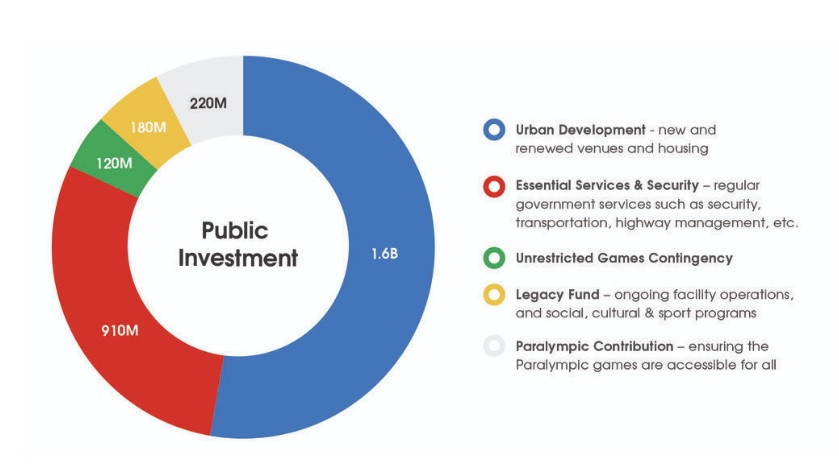 Calgary hosting the 2026 Winter Olympic and Paralympic Games would cost CAD$5.3 billion (£3.1 billion/$4 billion/€3.5 billion) as the Bid Committee publicly revealed details of their plans for the first time today.

A letter from Minister of Sport and Persons with Disabilities Kirsty Duncan confirming the Federal Government would match the City and Provincial Government's contribution was later read out by Calgary Mayor Naheed Nenshi.

An indoor venue for figure skating and short track speed skating and a mid-size arena to seat between 5,000 and 6,000 people are the only two new facilities which would need to be constructed.

There was no mention of an National Hockey League-calibre venue, with Calgary 2026 instead opting to renovate the existing Saddledome.

Canmore, Kananaskis, Whistler and potentially Edmonton would host events if the Canadian city was successful with its bid for the Winter Olympics and Paralympics.

A confirmed venue for curling was not included in the proposals as Calgary 2026 chief executive Mary Moran claimed discussions remained ongoing, with Edmonton touted as a possible location.

Three Athletes' Villages would be used, housed in Canmore, Calgary and Whistler.

"This is the type of budget that is built about three years before the Games are deployed," Moran said.

"We are four-and-a-half years ahead."

Moran was keen to express the supposed financial benefits of Calgary hosting the Winter Olympics and Paralympics when presenting to the Council, claiming it would bring in CAD$7.4 billion (£4.3 billion/$5.7 billion/€4.9 billion) in economic impact.

The former President of Calgary Economic Development, appointed chief executive of the bid earlier this year, admitted the exact breakdown of the share of costs for the different levels of Government was unclear at this stage.

"Out of all the initiatives that are available to Calgarians and Albertans today, this is the one initiative that will put people back to work right away,” she added.

“It will create economic impact for our community and it will leave us with legacy infrastructure that we can use for generations to come.

“It allows us to showcase the great culture, sport, environmental and social expertise that we have here in the community.”

Long awaited #Calgary2026 bid info creates questions: How can security costs be less than 2010, 16 yrs. later? Total cost similar to #Vancouver2010, yet no legacy like 2010. How is this worth the risk? Biggest, bottom-line issue: We don't know the costs to #YYC. #taketheofframp

Calgary is one of five candidates in the running for the 2026 Winter Olympics and Paralympics but is facing a plebiscite in November.

Stockholm 2026 are pushing ahead with their Olympic bid despite fears over a lack of political support in the Swedish capital.

Doubts also remain over possible efforts from Sapporo in Japan, Erzurum in Turkey and an Italian bid involving Milan, Turin and Cortina d'Ampezzo.

The International Olympic Committee is due to confirm the shortlist at its Session in Buenos Aires next month before a host city is chosen in 2019.