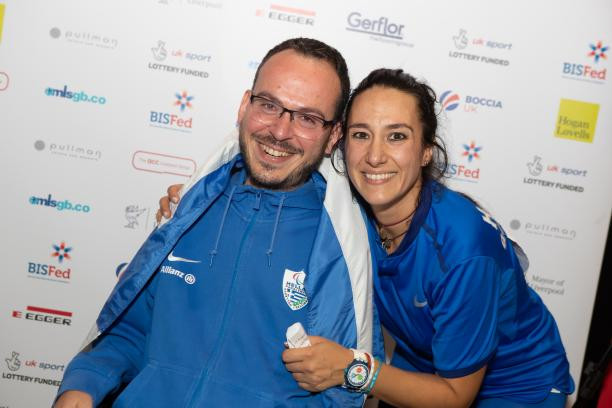 Greece's boccia star Greg Polychronidis has been named as the International Paralympic Committee's (IPC) Allianz Athlete of the Month for August after winning 42 per cent of the public vote.

The Greek overcame the Paralympic champion Howon Jeong of South Korea to win the individual BC3 title in the English city.

He fought back from behind to win 6-5 and secure his first major individual gold.

Polychronidis was also the silver medallist in the mixed individual BC3 competition.

He then won BC3 pairs gold with team-mate Anna Ntenta in the final against Australia.

Polychronidis received the award with 42 per cent of the vote over French long-jumper Marie-Amelie le Fur in second.

Le Fur took 34 per cent of the vote with 20 per cent voting for Japanese wheelchair basketball player Daisuke Ikezaki in third.

Nominations are compiled after submissions from National Paralympic Committees and International Federations, before the public vote on the IPC website.