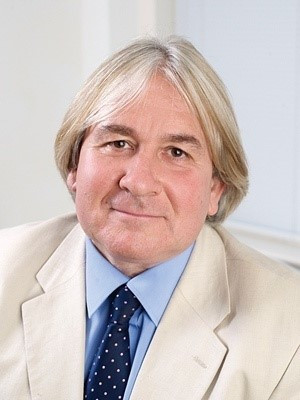 Tributes have been paid to Mike Lee after the founder and chairman of Vero Communications died at the age of 61.

A statement from the company confirmed that he had passed away following a heart attack.

Lee founded Vero after London won the right to host the 2012 Olympic and Paralympic Games and built it into one of the key strategic communications firms in the sporting world.

He spearheaded successful bids for the Olympics and Paralympics from Rio 2016, Pyeongchang 2018 and Paris 2024 as well as the Buenos Aires 2018 Youth Olympics.

Vero also successfully worked towards rugby sevens and surfing gaining their place on the Olympic programme and on numerous Presidential and brand-building campaigns.

Lee had taken a step back over the past year to pursue other interests in his life including studying for a Master's degree and spending more time cycling.

"Thanks to the legacy of Mike, and the strength of the senior team that has been at the core of the business over the past decade, Vero is well positioned for the future, with clients across the world of sport," a statement today said.

It is with enormous sadness that the Lee family and VERO Communications announce that Mike Lee passed away on Saturday 8 September at the age of 61.

A statement can be found here: https://t.co/GndxgU2DFh

Our thoughts are with Mike’s family and loved ones at this sad time. pic.twitter.com/UeLbY9yteN

Vero director John Zerafa added: "My fellow directors Clair Ashley, Sujit Jasani and I have been incredibly fortunate to have known and worked with Mike over many years.

"He was a force in communications - always inspiring, challenging and innovative and leaves an indelible legacy in the world of sport.

"He will be deeply missed by all those who have worked with him, and been advised by him.

"On behalf of the entire Vero team, our thoughts are with Mike's wife Heather, his son Alex and step-son Euan."

Before forming Vero, Lee served as director of communications for London's successful bid in 2012.

Other roles included director of communications for UEFA and media and political strategist for the English Premier League.

He was voted PR professional of the year in 2005 and was awarded an OBE in that year's New Year's Honour's List.

His book The Race for the 2012 Olympics was published a year later.

International Association of Athletics Federations President Sebastian Coe, the London 2012 head, was among those to pay tribute.

I’m beyond sad. Mike Lee was way more than an excellent and essential advisor to me and the ISA. I enjoyed every moment of our times together, celebrating our successes and working around to overcome hurdles. RIP Mike. Photos fr Rio 2016 beach and after Olympic vote @VeroSport pic.twitter.com/duUBRQtUu6

"Mike was a passionate and exceptional communicator - one of the best of his generation," he said on Twitter.

"He fought for causes, left no stone unturned in projects he believed in and was a committed father and husband.

"My thoughts are with his family who I know he treasured above all else."

International Surfing Association (ISA) President Fernando Aguerre said: "Mike Lee was way more than an excellent and essential advisor to me and the ISA.

"I enjoyed every moment of our times together, celebrating our successes and working around to overcome hurdles."

Gerardo Werthein, President of the Buenos Aires 2018 Organising Committee, added: "Mike Lee was a good friend and an excellent and very capable professional.

"I had the privilege of working with him.

"My deepest condolences to his family and loved ones."