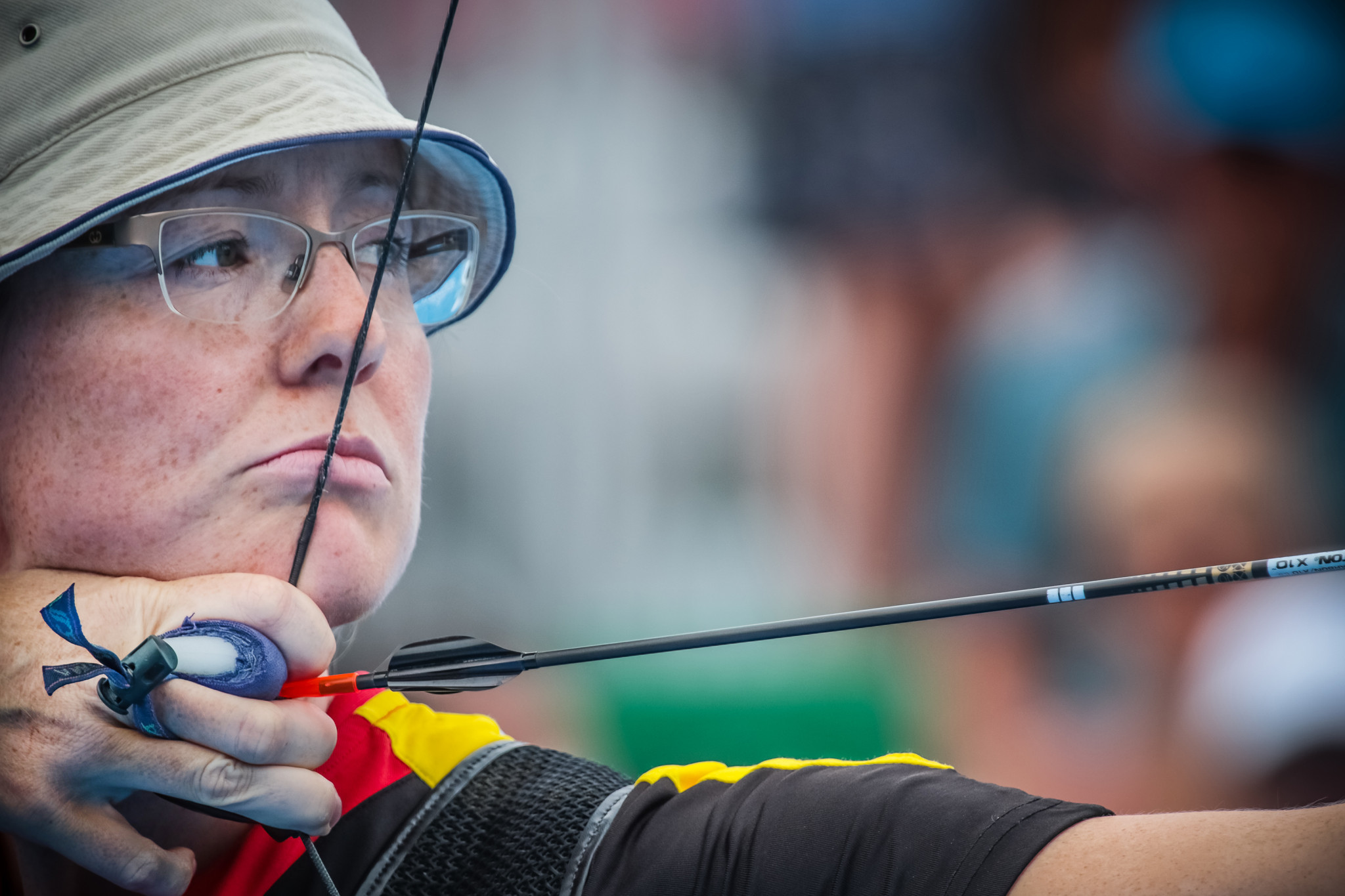 The 30-year-old Olympic silver medallist last won this event in 2014 in Zagreb and has now climbed back to the top of the podium.

Unruh, who won gold in this discipline at the World Games in Polish city Wrocław last year, defeated Britain's Naomi Folkard 54-40 in the final.

In the men's recurve, Japan struck gold thanks to Wataru Oonuki's 58-47 success against Italy's Massimiliano Mandia.

He becomes the first Asian winner of a title which dates back to 1969.

American Brady Ellison, who was hoping to win the event for the third time in a row, took bronze as he beat 2012 winner Jean-Charles Valladont of France via a shoot-off.

It finished 58-58 before the US triple Olympic medallist won 4-1.

In compound action, men's world number one Mike Schloesser of The Netherlands defeated Nico Wiener of Austria 63-61 for gold.

It ended a run of five consecutive American victories in the discipline with last year's winner Steve Anderson settling for bronze this time by beating Domagoj Buden of Croatia 66-63.

The US did win the women's compound as Paige Pearce secured a maiden title, seeing off Slovenia's Toja Ellison, Brady's wife, 64-59.

Toja Ellison won the event in 2014 under her maiden name Cerne.

Both barebow finals were won by Swedish archers.

Erik Jonsson won the men's event to win the title for a fifth time and the third in a row.

Lina Bjorklund won her third women's title via a shoot-off.

Field archery features a multi-target course on various types of terrain, including fields, woods and forests.